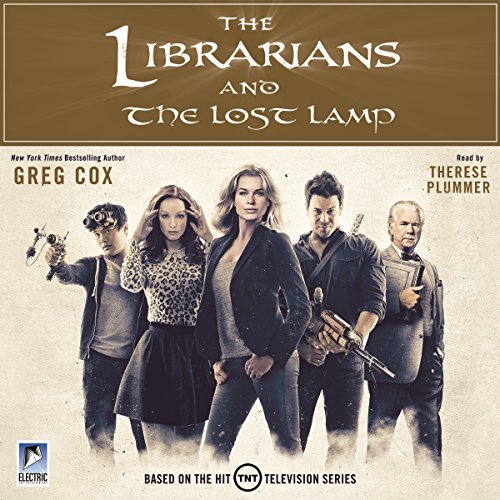 The Librarians and the Lost Lamp

The Librarians and the Lost Lamp

For millennia, the Librarians have secretly protected the world by keeping watch over dangerous magical relics. Cataloging and safeguarding everything from Excalibur to Pandora's Box, they stand between humanity and those who would use the relics for evil.

Ten years ago only Flynn Carsen, the last of the Librarians, stood against an ancient criminal organization known as The Forty. They stole the oldest known copy of The Arabian Nights by Scheherazade, and Flynn fears they intend to steal Aladdin's fabled lamp. He races to find it first, before they can unleash the trapped malevolent djinn upon the world.

Today Flynn is no longer alone. A new team of inexperienced Librarians, led by Eve Baird, their tough-as-nails Guardian, investigates an uncanny mystery in Las Vegas. A mystery tied closely to Flynn's original quest to find the lost lamp, and the fate of the world hangs in the balance.

What listeners say about The Librarians and the Lost Lamp

Greg Cox did a great job of staying true to the characters we've all grown to love on screen, and Therese Plummer provided great narration. If you're a fan a of the show I would definitely recommend that you give this book a try.

Loved this story. Big fan of the show, found this audio book and had to have it. Great listen!

Loved the book - engaging storyline, dramatic cuts between Flynn and the LITs. Loved the descriptions - really brought the narrative to life in audio format. But the narrator's accents were pretty bad - especially Ezekiel and Jake's.

I liked it, but it felt like a double episode of the TV show. I had expected more

We love the TV show. Some call it bad, I call those people other names. With a smile. If you watch and like The Librarians TV show, you will like this book. If you have never watched the show, you will be lost trying to listen to this audio book. I hope there will be more editions show up here on Audible.

I did enjoy this book. It was like listening to the show, true to the characters. The reader's voice got a little grating sometimes with trying to do accents or different voices, but overall it was a good listen :)

I love the show this book was wonderful. I do miss the show so these books are really great to listen to. As with every audio a male and female voice is better but the narrator does a good job. Highly recommend
LMM

fun and entertaining just like the t.v. show. not to hard a work to follow, well read and great production