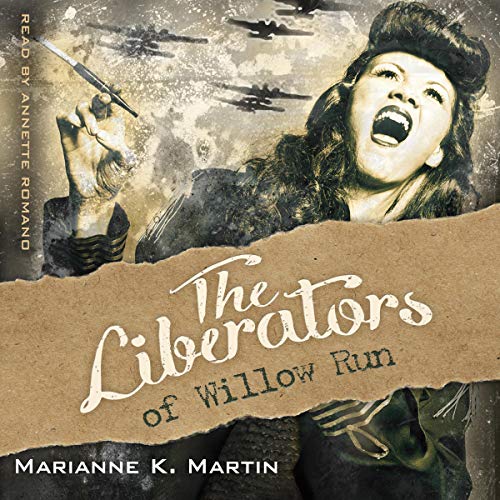 The Liberators of Willow Run

Hope for victory rests on the wings of America's Liberator, the B-24 bomber. And with more than nine million Americans on the front lines, there is only one way for the assembly plants to produce enough planes to meet the demand - and that is to recruit women by the thousands into the work force.

Audrey Draper is committed to the war effort, and beyond that, to finding her own personal and financial independence. And she is not alone. Ruth Evans also chooses to seek employment. As a waitress living on her own, she not only searches for freedom, but also a way to fulfill an important promise. And then there's young Amelia, a 15-year-old rape victim who is being forced to return to a dark and dangerous home. Audrey, Ruth, and a handful of these newly independent women must risk everything they have fought so hard to achieve to give one of their own a fighting chance to survive. Set against the backdrop of a rapidly changing world, these women capture the spirit of the times through their determination, ingenuity, and enduring courage.

Marianne K. Martin is one of the most popular lesbian romance authors in the genre. She is the author of 10 novels, including four Lambda Literary Award finalists. She has been honored with the Trailblazer Award from the Golden Crown Literary Society, and she was inducted into the Saints & Sinners Literary Hall of Fame in 2013.

What listeners say about The Liberators of Willow Run