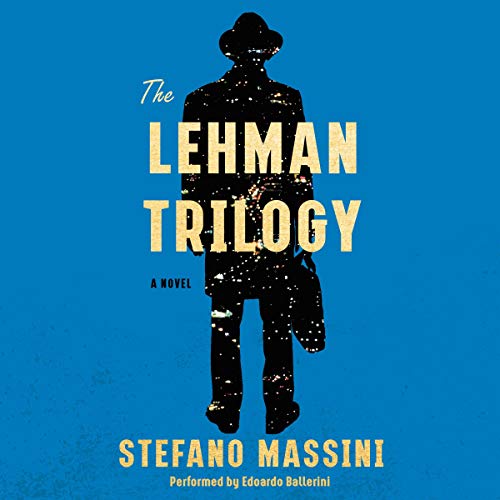 Magnificent in scope, internationally lauded, and transcendent, the novel in verse that inspired the sensational West End and Off-Broadway play of the same name. The Lehman Trilogy follows the epic rise and fall of three generations of that infamous family and through them tells the story of American ambition and hubris.

After leaving his native Bavaria, Henry Lehman arrives in America determined to make a better life. Sensing opportunity in the Deep South, he opens a textile shop in Alabama, laying the foundation for a dynasty that will come to dominate and define modern capitalism. Emanuel and his brother Mayer begin investing in anything and everything that will turn a profit, from cotton to coal to railroads to oil to airplanes - even at the expense of the very nation that forged them.

Spanning three generations and 150 years, The Lehman Trilogy is a moving epic that dares to tell the story of modern capitalism through the saga of the Lehman brothers and their descendants. Surprising and exciting, brilliant and inventive, Stefano Massini’s masterpiece - like Hamilton - is a story of immigration, ambition, and success; it is the story of America itself from a daring and original perspective.

What listeners say about The Lehman Trilogy

A terrific tour de force of great writing, perfect translation, and magnificent performance. I both read and listened to this book, and was really taken with the narration which so captured the spirit of this book.