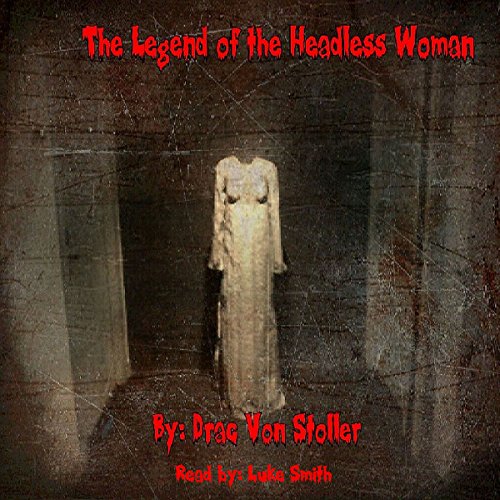 The Legend of the Headless Woman

It was Halloween, and Jan, and her friends Misty and Michelle decided to dig up a legend that should have been just that, but we all know teenagers feel that they are invincible, and nothing bad will happen to them.

Bad things only happen to other people or do they?

Legend has it that an old woman that lived in a cabin all alone in the woods that these girls are going into was accused of witchcraft, but was never proven by the townspeople over a hundred years ago. One of the daughters of the townspeople went missing in the woods and was found dead on the steps of the old lady's cabin. When the old lady arrived back to her cabin after gathering berries she was startled by an angry mob of people with torches blazing and shouting "You murderer, You killed her."

Immediately, the old woman was grabbed by the angry mob, and held down next to the dead girl's body, and one of the people from the mob said, "For what you have done we sentence you to death by decapitation."

The old lady screamed out as a river of tears flowed down her cheeks, but the angry mob was in no mood to hear what the old lady had to say, all they wanted was swift justice. Then one of the men carrying an axe in his hand said, "I hope you rot in hell witch."

What listeners say about The Legend of the Headless Woman