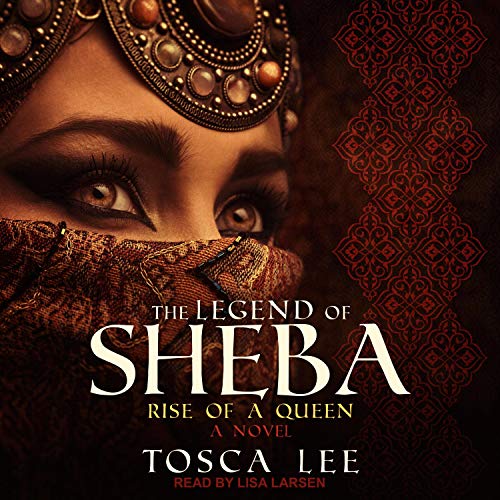 The Legend of Sheba

Her name is legend. Her story, the epic of nations. The Queen of Sheba.

There is the story you know: A foreign queen, journeying north with a caravan of riches to pay tribute to a king favored by the One God. The tale of a queen conquered by a king and god both before returning to her own land laden with gifts. That is the tale you were meant to believe. Which means most of it is a lie.

In the 10th century BC, the new Queen of Sheba has inherited her father's throne and all its riches at great personal cost. Her realm stretches west across the Red Sea into land wealthy in gold, frankincense, and spices. But now, new alliances to the North threaten the trade routes that are the lifeblood of her nation. Solomon, the brash new king of Israel famous for his wealth and wisdom, will not be denied the tribute of the world - or of Sheba's queen. With tensions ready to erupt within her own borders and the future of her nation at stake, the one woman who can match wits with Solomon undertakes the journey of a lifetime in a daring bid to test and win the king. But neither ruler has anticipated the clash of agendas, gods, and passion that threatens to ignite - and ruin - them both. An explosive retelling of the legendary king and queen and the nations that shaped history.

What listeners say about The Legend of Sheba

Not the right voice

I LOVE pretty much everything written by Tosca Lee. But I don’t love this reading. There isn’t anything exactly wrong with it, but the reader isn’t right. Sounds like the story is taking place in Hollywood CA not the Wadi or rich lands that it is set in. The voices she uses for the characters sound like they should be on Real Housewives of something. I have been waiting for this book to come to audio for a long time and feeling kind’ve let down.

the story is good for a fiction book. but the Bible doesn't say anything like that.