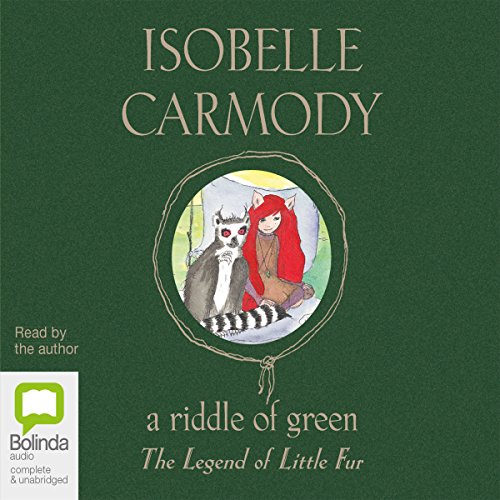 The Legend of Little Fur

Part elf, part troll, Little Fur is a magical creature with green eyes and tangled red hair, and great skills as a healer. In the final chapter of this gentle eco-fantasy from renowned Australian children's author Isobelle Carmody, Little Fur faces a great struggle: the loss of Earth magic. In order to track it down, the brave Little Fur has to face great danger and follow the dreams of a lemur. Performed by Carmody herself in a gentle voice full of mystery, children will adore this story of Little Fur's magical world so full of strange and fantastic animals.

Simultaneous release of the final installment in the highly acclaimed The Legend of Little Fur series, superbly narrated by the author herself.

In this last Little Fur book, the gentle healer must face her most deadly quest - severed from the flow of earth magic, she must solve the riddle of her birth to save herself.

This is the fourth and final book in the Little Fur series, exquisitely written, haunting tales about a delightful, brave, magical creature called Little Fur.

The setting for the Little Fur stories is reminiscent of the great fairytale classics - a world that hints of the European village, but that could exist anywhere, in any country, at any time: a timeless world of great charm and mystery. Not since C.S. Lewis have we seen such enthralling fantasy tales for younger readers - the Little Fur books are destined to become classics of their genre.

What listeners say about The Legend of Little Fur