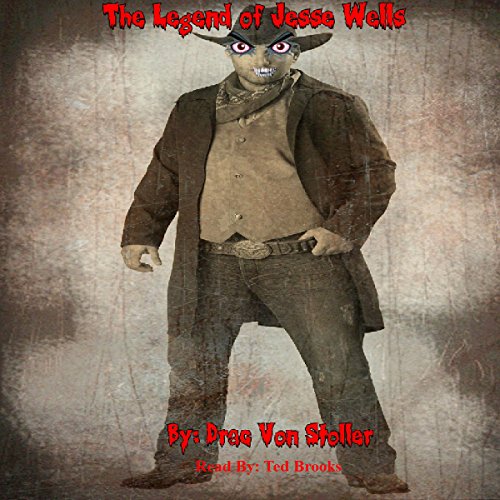 The Legend of Jesse Wells

It was 1862, and what a year it was. A man by the name of Jesse Wells was about to become a legend, but not the kind of legend to be proud of. Jesse had a mean temper, and when the Saloon doors swung open things got quiet, and people scattered.

Jesse would enter the Saloon, spit a wad of tobacco juice on the floor, and shoot his six-shooter in the air and say, "Where's my whiskey?" The bartender would rush over, hand a bottle over to Jesse, and run back to the bar in fear for his life because he was the third bartender that replaced the other two that were shot dead by Jesse Wells for not tending to his every need.

As Jesse was walking past a table of men playing poker, one of the men at the table started laughing at Jesse, and Jesse said, "What's so funny?" Right before the man had a chance to answer Jesse, he shot the man right between the eyes and said, "Anyone else thinks it's funny?" The men just sunk in their chairs, and Jesse kicked the dead man out of his chair and sat down, and said, "Boy's you ready for some poker?"

The men replied, "Sure, Jesse."

What listeners say about The Legend of Jesse Wells