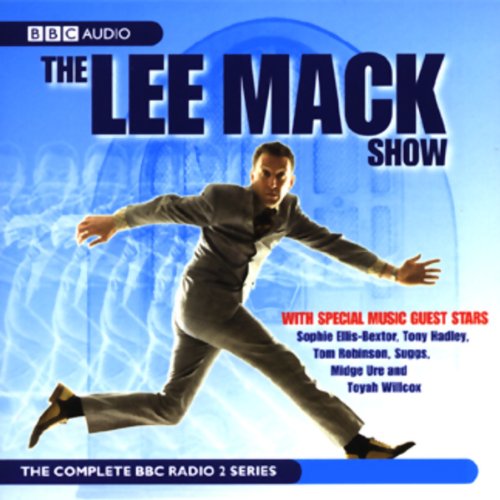 Lee Mack, host of BBC One's They Think It's All Over, star of ITV's The Sketch Show and BAFTA Award winner, stars in this hilarious six-part comedy show as heard on BBC Radio 2.

What listeners say about The Lee Mack Show

I really wanted to enjoy this recording but it failed to hold my attention. Comedy is a very personal thing and obviously Mr Mack and I are not on the same wave length. I have enjoyed small doses of him on the TV but I found my mind wandering during this recording and in the end I just switched it off. You might love it, play a sample and see what you think - wish I had done. Live and learn.

loved it. Now that's what I call comedy.

Had a good laugh listening to it. Lee Mack writes them well. He does. Yes.

The stand up bits are really good.

The stand up bits are really good, but the story sections are a bit pants.

What disappointed you about The Lee Mack Show?

I thought it was a live show but it is a tv series of the live show he did which isnt very good when yiur not watching it!

What was most disappointing about Lee Mack’s story?

It isnt a live gig

Would you be willing to try another one of the narrator’s performances?

If it isnt a live tv show

If I ciuld have my credit back I would spend it on something better!