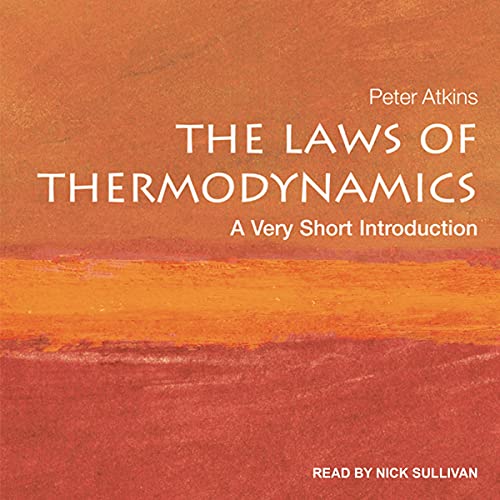 The Laws of Thermodynamics

The laws of thermodynamics drive everything that happens in the universe. From the sudden expansion of a cloud of gas to the cooling of hot metal - everything is moved or restrained by four simple laws. Written by Peter Atkins, one of the world's leading authorities on thermodynamics, this powerful and compact introduction explains what these four laws are and how they work, using accessible language and virtually no mathematics.

Guiding the listener a step at a time, Atkins begins with Zeroth (so named because the first two laws were well established before scientists realized that a third law, relating to temperature, should precede them - hence the jocular name zeroth), and proceeds through the First, Second, and Third Laws, offering a clear account of concepts such as the availability of work and the conservation of energy. Atkins ranges from the fascinating theory of entropy (revealing how its unstoppable rise constitutes the engine of the universe), through the concept of free energy, and to the brink, and then beyond the brink, of absolute zero.

What listeners say about The Laws of Thermodynamics