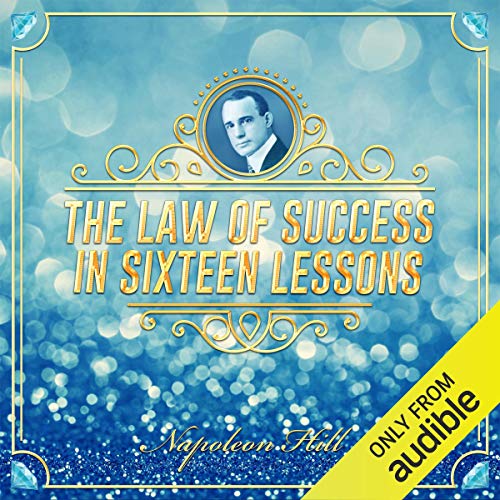 The Law of Success in Sixteen Lessons

The Law of Success in Sixteen Lessons

The Law of Success (originally The Law of Success in 16 Lessons) is the title of Napoleon Hill's first book set, published initially in 1928 as a multi-volume correspondence course and later more compact formats in recent years. The work was originally commissioned at the request of Andrew Carnegie at the conclusion of a multi-day interview with Hill, and was based upon interviews of over 100 American millionaires across nearly 20 years, including such self-made industrial giants as Henry Ford, JP Morgan, John D. Rockefeller, Alexander Graham Bell, and Thomas Edison.

What listeners say about The Law of Success in Sixteen Lessons

I don' t know what else to say but there should be a law to make it mandatory for everyone in world to read this book. Every second/word of the book is a great lesson.

One of the best books on personal growth & development. This book is much better than think and grow rich

Our imagination can cultivate anything we desire. Although the book has been around for some time, the information still holds true today. The author helps you to understand that nothing is impossible. I highly recommend this book to anyone that desires to manifest success in any/all aspects of their life. I enjoy this narrator's style &amp; love his voice!

An amazing book for business and personal development that everyone should listen or read. It is a must for everyone that want to understand themselves

Best book I have ever read. Wow

This is by far one of the best books I have ever read. Woke. Wow.

this book explains everything you need to know about how success works and how to achieve it. I'll be rereading this many times over until I'm no longer on this planet. HIGHLY recommend to ever human being out there

The information in this book is priceless, believe

I'm going to teach my 10 yrs old son, many principals of this book.Im very Grateful, to MR Hill.

I loved it. el

the reader was excellent made me feel like mr. Hill was actually speaking to me in person. I also like the phrase playing checkers with the time

A timeless book that breaks down the formula for success step by step with real logic.

Read this if you want to know what the best do. Very simple and practical examples.

All you need to know

This is a very long audio book, but it's worth listening because it has such a deep detailed philosophy. There are countless stories as well to verify all the laws of success, most of them you would never hear from other sources. Read or listen this book and you get the value of 16 different books on the subject.

Noise, Ramblings & could be summed up in 2 hours listen

I made a promise to finish what I started, which I why I had to motivate myself to finish this. Yes there are a few lesson I picked up but having to listen to 26hours audiobook for something that could have been said within an hour or two would have made life a lot easier. Still a good book for anyone who wants to read/listen to it.