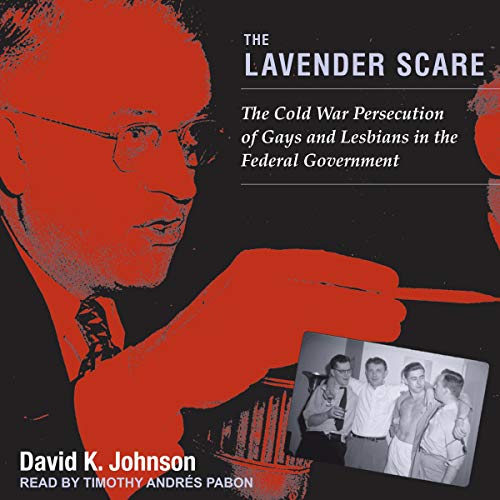 In Cold War America, Senator Joseph McCarthy enjoyed tremendous support in the fight against what he called atheistic communism. But that support stemmed less from his wild charges about communists than his more substantiated charges that "sex perverts" had infiltrated government agencies. Although now remembered as an attack on suspected disloyalty, McCarthyism introduced "moral values" into the American political arsenal. Warning of a spreading homosexual menace, McCarthy and his Republican allies learned how to win votes.

Winner of three book awards, The Lavender Scare masterfully traces the origins of contemporary sexual politics to Cold War hysteria over national security. Drawing on newly declassified documents and interviews with former government officials, historian David Johnson chronicles how the myth that homosexuals threatened national security determined government policy for decades, ruined thousands of lives, and pushed many to suicide. As Johnson shows, this myth not only outlived McCarthy but, by the 1960s, helped launch a new civil rights struggle.

What listeners say about The Lavender Scare

a history lesson worth knowing

A little dull the way the story goes (reads like a text book at times), but an exceptionally important story to know and understand.