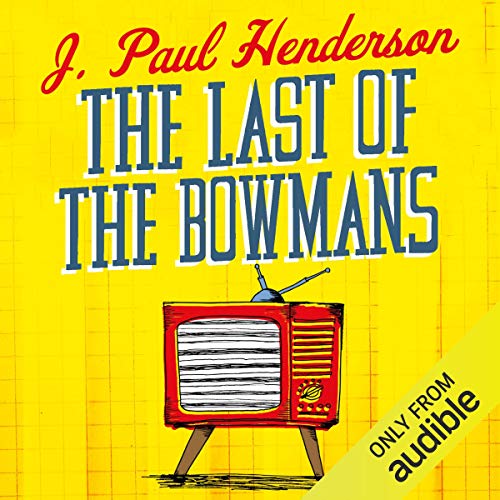 The Last of the Bowmans

After an absence of seven years, Greg Bowman returns home from America to find his father lying in a bamboo coffin, his estranged brother, Billy, stalking a woman with no feet, and his 79-year-old uncle, Frank, planning to rob a bank.

While renovating the family house, he is unexpectedly visited by the presence of his dead father and charged with the task of 'fixing' the family. In the course of his reluctant investigations, Greg discovers not only the secrets behind his brother's and uncle's strange behaviours but also an unsettling secret of his father's and one that brings him face to face with the unintended consequences of his own past.

What listeners say about The Last of the Bowmans

I enjoyed this audiobook. The narration was great and the book was well written and funny.

Really enjoyed this. Well drawn characters and laugh out loud moments. Very light and easy to listen to.

really enjoyed this story. it was funny and touching and very entertaining
even my hubby had a chuckle which doesn't happen often!

The northern accents grate initially but I soon warmed to them. Same with the story. I thought I would struggle to finish this book at first then suddenly found myself immersed in the story and characters.
Uncle Franks trip to the coast made me laugh out loud and I'm still smiling thinking of "cheese!"
Ended up listening to this book in one day and enjoyed it immensely.