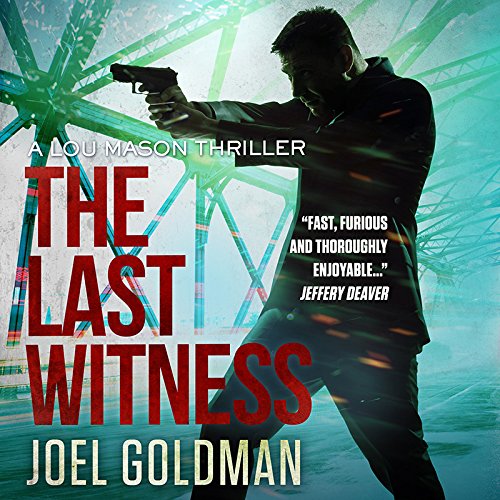 What's it like to be a target for murder? Every step you take, every sigh you make - could be your last. Could you outsmart a desperate killer?

Just as his life has returned to normal, Lou Mason's surrogate father, Homicide Detective Harry Ryman, arrests his best friend, ex-cop Wilson 'Blues' Bluestone, Jr. on murder charges. Mason rolls in like a freight train to defend Bluestone and uncovers dark and terrible secrets - secrets worth killing for. As his investigation closes in on the killer, the hunter becomes the hunted...and all Hell breaks loose.

Lou Mason is back in The Last Witness and this time, it's personal. Our sexy, brilliant, and flawed trial lawyer unwittingly becomes the sole focus of a brutal killer. Witness this second thrilling installment in the Lou Mason Series.

Enter the dangerous and dark world of this fast-paced legal thriller that moves the reader relentlessly through twists and turns to a shocking end.

What listeners say about The Last Witness

Thrilling to the end!

Great story with interesting characters . Good narration of a thriller. I will need to catch the next exciting episode ....

yes - the story is good and consistent. The narration tells the story without distracting.

I loved this book and enjoyed the reading of it. thank you for this book

Loved the book and looking forward to reading the next one Enjoyed the writing style immensely, good flow with just that touch of humor.