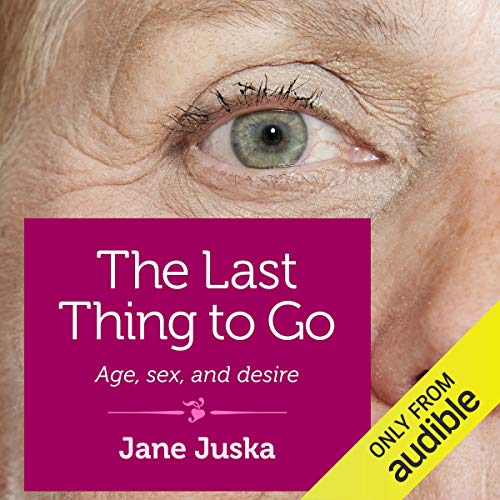 The Last Thing to Go

Joan Didion and Nora Ephron have both written, by turns grimly and hilariously, about the indignities of getting older. Now comes Jane Juska, laying bare (literally) everything no one has yet said about life in the later years. With her characteristic wit, unsparing eye for detail, and famously frank opinions on gender issues, Juska, author of the best-selling memoir A Round-Heeled Woman, talks sex, the ups and downs of body parts well below the neck, and the indomitable human need for connection, whatever a woman's age.

Jane Juska was born in 1933, was reared in small-town Ohio, and grew up at the University of Michigan and the University of California - Berkeley. She taught high school English for 33 years, taught college and prison classes for five, and then went in search of men to give her aid and comfort. Her ad in the New York Review of Books - "Before I turn 68, I would like to have a lot of sex with a man I like" - brought her undreamed of success. She wrote two books about that search: A Round-Heeled Woman and Unaccompanied Women. Since then, her essays have appeared in Vogue and Self, in various anthologies, and online at the Huffington Post and wowOwow. Her book reviews appear in the San Francisco Chronicle. Recently, she left her Berkeley home for life in the mountains next door to her grandchildren and their parents. She has at last completed a novel, Mrs. Bennet Has Her Say, about Pride and Prejudice's foolish mother as she might have been at 15. At present she is working on a last-ditch memoir about aging.

This is a short audiobook published by Shebooks - high quality fiction, memoir, and journalism for women, by women.

What listeners say about The Last Thing to Go

a glimpse of a revalatory life

This short collection rings true to our passion and life force, even as we know all worldly pleasures are fleeting. at least we're not alone.