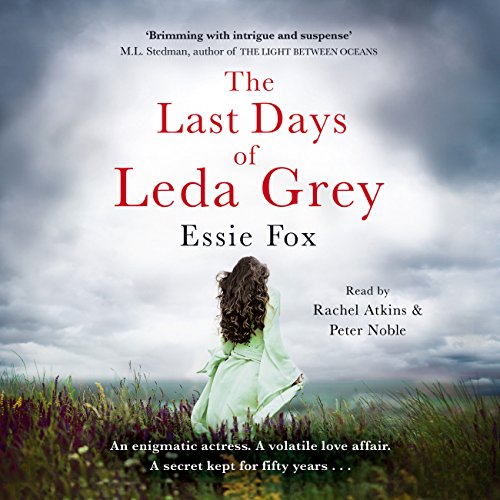 The Last Days of Leda Grey

The Last Days of Leda Grey

During the oppressive heat wave of 1976, a young journalist, Ed Peters, finds an Edwardian photograph in a junk shop in the Brighton Lanes. It shows an alluring dark-haired girl, an actress whose name was Leda Grey.

Leda Grey is living still, in a decaying clifftop house once shared with a man called Charles Beauvois, a director of early silent film. As Beauvois' lover and his muse, Leda often starred in scenes where stage magic and trick photography were used to astonishing effect. But while playing a cursed Egyptian queen, the fantasies captured on celluloid were echoed in reality when Beauvois suspected a love affair between Leda and her leading man.

A horrific accident left Leda abandoned and alone for more than half a century - until Ed Peters finds her and hears the secrets of her past, resulting in a climax more haunting than any to be found in the silent films of Charles Beauvois.

If you could sum up The Last Days of Leda Grey in three words, what would they be?

The atmosphere conjured by hugely evocative writing - about lost silent movies, extravagant sets, a crumbling cliff top mansion. There is one scene when Peter goes to the kitchen and nearly eats a shiny fresh apple - only when he looks again, it's mouldering and maggoty. Something very strange is happening to time...

What does Peter Noble and Rachel Atkins bring to the story that you wouldn’t experience if you had only read the book?

Peter Noble delivers a convincing delivery of young journalist Ed, catching his hesitancy as he tries to resist the lure of Leda. Rachel Atkins is tremendous as Leda; she could be sitting in front of you, drawing you in... The audio book frees your imagination to vividly picture the scenes.

The audio book drew me in and I hurried through it in a few days. I listened to the last hour in one sitting - I had to know what was going on!

This is Essie Fox's best novel yet – set in 1976 and Edwardian days, presenting a small cast of vivid and unique characters. I loved this book and recommend it to anyone looking for an imaginative and immersive audio book.