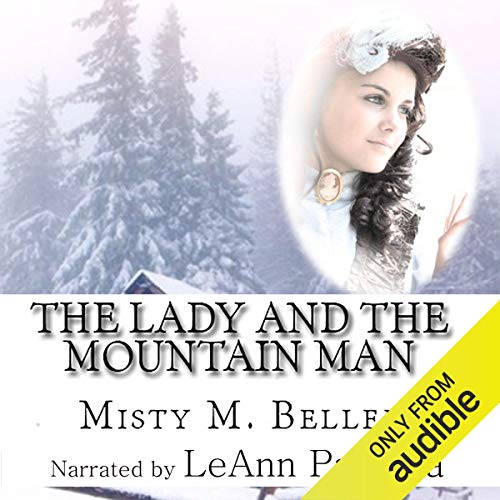 Leah Townsend, a recently orphaned heiress, flees Richmond after discovering her fiancé's plot to kill her after their wedding. She needs a safe place to hide, and finds herself accepting a newspaper marriage proposal from a God-fearing young rancher in the Montana territory. But when Leah arrives at the mountain ranch, she learns her intended husband was killed by a grizzly, leaving behind a bitter older brother and a spunky younger sister.

When Gideon Bryant finds a city girl standing in his log cabin, his first thought is to send her back where she came from. He's lost too many people to the wild elements of these mountains - his parents, his wife, and now his brother. His love for this untamed land lives on, but he's determined not to open his heart to another person.

But when an accident forces Leah to stay at the ranch for seven more months, can Gideon protect his heart from a love he doesn't want? Has Leah really escaped the men who seek her life?

The brave story of a young girl overcoming the drawbacks of a rich inheritance. Well and expressively narrated.

how refreshing to listen to a story that I don't have to wade through foul language or other compromises with Christian values. it was an intriguing story with a good outcome and hard to put down.

loved it greatly. Enjoyed the story. would like more. You could see the setting with the descriptions.

Would you be willing to try another book from Misty M. Beller? Why or why not?

Yes, as long as there's a different narrator.

The narration is very amateur, I hate to say.:( It ruined the book for me. Her voice for Gideon sounded like a moping Eeyore from Winnie the Pooh. It was forced and excruciating to listen to. Her vocal inflections did not fit the appropriate moods for the story. She sounded happy when narrating a somber scene, or conversation; calm when she should have sounded distressed, etc.

I enjoyed the story very much. Unfortunately, the many mis-pronunciations drove me crazy and overshadowed the reader's lovely voice.

the lady and the mountain man

I enjoyed this light romance. I will download the rest of the series, but I was quite distracted by the narrator’s cringe-worthy mispronunciation of many words. Hearth, quaver, reticule, blackguard, spewing, rakish, to name just a few.

This book could have been pretty good if the writer hadn't taken a city girl and made her a super human. Took a mountain girl and made her a frightened little mouse. Then, made the city girl dumber that a box of rocks.
It's also very frustrating to listen to someone telling the story and not knowing how to pronounce specific words, This narrator made errors with several words throughout this book.including ridicule for reticule, herth for hearth, black guard for blaggard amoung others, and it keeps going on like this, ugh. I wish narrators would just make sure of the pronunciation of words that they aren't familiar with before doing a narration.

I enjoyed the book but it seemed a little slow. Part of that may have been due to the performance. The reading seemed too forced and stiff and took away from the storyline in places. Overall I enjoyed The Lady and the Mountain Man.
I received this audible book to review and received no reimbursement for the review.

I guess the story line held my attention enough to want to know how it ended, but it was difficult to get through it. I found myself being critical of the writing and the performance of the narrator all the way through it. It was very distracting.

Would you be willing to try another one of LeAnn Pashina’s performances?

No. It was so hard to get through. The two female characters sounded exactly alike with this breathless monotone sound, it just about forced me to quit the book. The characters were monotone whether the storyline was happy or sad, and mostly was delivered matter of factly without much emotion.