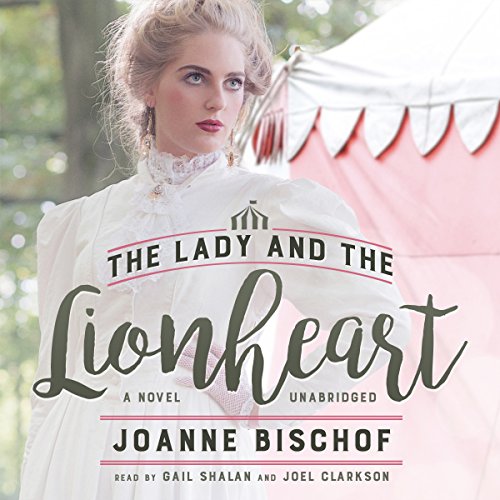 The Lady and the Lionheart

The Lady and the Lionheart

Raised amid the fame and mystique of the Big Top, Charlie Lionheart holds the audience in the palm of his hand. But while his act captivates thousands, it's away from the spotlight where his true heart lies. Here, he humbly cares for his pride of lions as if they were his brothers, a skill of bravery and strength that has prepared him for his most challenging feat yet - freeing an orphaned infant from the dark bondage of a sideshow. It is a trade so costly that it requires his life in exchange for hers, leaving him tarnished by the price of that choice. As the circus tents are raised on the outskirts of Roanoke, nurse Ella Beckley arrives to tend to this Gypsy girl. It is all under the watchful eye of a guardian who not only bears a striking resemblance to the child but who protects the baby with a love that wraps around Ella's own tragic past, awakening a hope that goodness may yet reign.

When their forbidden friendship deepens, Charlie dares to ask for her heart, bringing her behind the curtain of his secret world to reveal the sacrifice that gave hope to one little girl - boldly showing Ella that, while her tattered faith is deeply scarred, the only marks that need be permanent are his own.

What listeners say about The Lady and the Lionheart

Took my breath away

Absolute ly beautiful writing! I loved every minute. I especially loved the metaphor of Charlie as Christ when he paid the price for Holland.

I enjoyed this sweet story! It was a gentle story. I enjoy all types; intense, sweet, mysterious, romantic... This one was not intense or mysterious, but a lovely story of how our most painful experiences, when given to God, can become valuable tools to disarm hurting people and make a safe place for healing to happen. The epilogue really brought it all together nicely and made me teary eyed. I'll admit, sometimes I feel a bit of pain in the comparison of the happy ending when/if I'm in the middle of a current life difficulty, or facing a loss that seemingly can't be redeemed...in this life. But I'm always reminded in the end that there is a hope that anchors us through the tough times to the eventual end of the temporal when we enter into our happy ending and complete healing with true (in the "true" sense of the word) love. ...Also! Loved the narrators! Both are wonderful!

I loved listening to this tale with two narrators!

I already knew that I loved this story, as I had read it previously. However, I decided to get the audio and I am so glad I did. The two narrators did a wonderful job of portraying the characters. The way they read just fit the pacing and setting of the story so well. I was sorry to come to the end because I enjoyed it so much!

Interesting weaving of a storyline

Our church book club is reviewing this novel this month. I must say, it kept my interest, especially since this tale came from the late 1800s, and the tale was woven around a traveling circus. You could not help liking both the hero and heroine as their tales unfurl. I especially liked the descriptions of what it might be like to travel with a circus, and descriptions of Charlie's interactions with the lions were well done. However, some of the vernacular used did not seem to match with the turn of the century timeline. It was good to see how the "Lady" was able to finally heal from her past and also it was nice to see how fairh and religion were woven in.

Charlie and Ella, A Timeless Story of Love

Oh my! I certainly loved this story! Charlie Lionheart, so selfless, so strong, and so honorable. Ella, has a quiet strength of her own. She has been through much yet has such compassion. I loved how Ella cared for little Holland, Charlie's niece. I loved how she came to care for and love Charlie. And how Charlie loved her. I found life in the circus very interesting. I enjoyed their time away from the "rubes." I highly recommend this book! It was inspiring. Charlie held fast to his faith in the face of humiliation and gently led Ella back to hers. I both read my Kindle edition and listened to the audible version. I loved the use of a female and male narrator, they did a magnificent job.

This is definitely a keeper - one of the best books I've read. So unique in every way. I loved Charlie and I empathized with Ella, especially when I thought of the time period of the story and her personal history. There's so much beauty here even amidst the heartache...and it was intriguing to think of a life so different from mine and from anything Ella had ever experienced. And, ultimately, as I read the Author's Note at the end, I cried as I read the one line: "The story of a man who, through pain, bore darkness so that others could have life." This continues to resonate with me today. Read this and be blessed. Another Note: The audiobook narration on this was beautiful and perfectly done by Gail Shalan and Joel Clarkson.

Excellent delivery of a wonderful story!

This is a story I have read twice and plan to read or listen to many more times in the future. The Lady and the Lionheart stands out from the crowd.

Loved this beautiful tale! Charlie Lionheart stole my heart! Rich, vibrant story telling. One that will forever stay with you.

I can’t get past the first chapter

The Narrators are so awfully slow with the reading and the voices not very pleasing to the ear either. Will try to read it on kindle