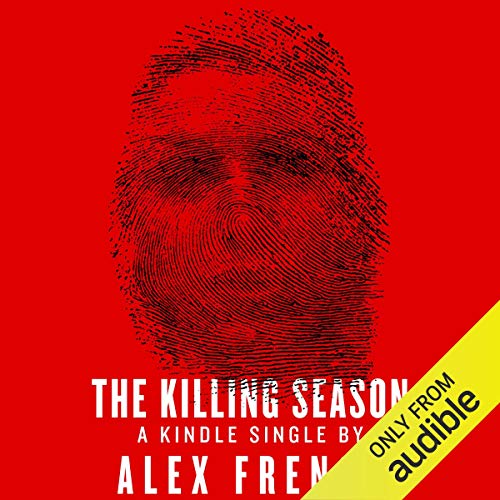 For fans of True Detective and Making A Murderer, The Killing Season is a true crime saga, the story of a double murder that went unsolved for more than 35 years, and a chilling portrait of a small town upended by unimaginable violence.

In the summer of 1975, the sprawling valley town of Grand Junction, Colorado, is stunned by the grisly double murders of 24-year-old Linda Benson and her baby daughter Kelley. For Jim Fromm and Doug Rushing, the two young detectives assigned to the case, the investigation is a chance to earn their stripes and prove their mettle. At first, Fromm and Rushing peg the woman's mercurial husband, a pipe-fitter who works outside of town, as the primary suspect. But as their case against Steve Benson unravels, the detectives find themselves short on leads - and running out of time. With the city on edge and anxious for answers, a notorious serial killer goes on the lam, and yet another young woman and her children turn up dead.

In The Killing Season, acclaimed journalist Alex French traces the story of the Benson murders from the night Linda and Kelley's bodies are found strewn across their second floor apartment, to an improbable discovery, made more than 30 years later, that enabled a new breed of detectives to crack the case and bring closure to those who'd watched justice slip away. Writing in taut, atmospheric prose, French has crafted a heart-pounding tale of tragedy, resilience, and redemption - set against the burning-red vistas of the American Southwest.

Alex French is a freelance journalist. His reportage and oral histories have appeared in the New York Times Magazine, BuzzReads, GQ, New York Magazine, Grantland, This American Life, and a variety of other venues. He lives in Monmouth County, New Jersey, with his wife and two children.

What listeners say about The Killing Season

This book left too much out, the majority of the book is about how police thought Benson committed the crime. They mention another murder in the same apartment complex as though it is part of the same series. Secondly, they sprinkle in bits of Ted Bundy's story as though it has some impact on the subject matter when in fact, there is no relationship whatsoever...or at least the authors fail to point out any.

Finally, the ending... so pointless. I am a huge true crime fan and I was very disappointed with this book unfortunately. it almost seems like this is an abridged version. perhaps it is...

Book of my dreams and my nightmares

I truly enjoyed this book. The narrator was perfect and the story is so scary. I listened to it multiple times.

Perfect for a fan of true crime!

What would have made The Killing Season better?

I don't think there was an effort to make this book into a story. Yes, there were lots of murders and they are all horrific -- but that in itself does not lend itself into a book.

What could Alex French have done to make this a more enjoyable book for you?

Personally, I didn't get the point of why this was made into a book. There was nothing interesting about it. No characters to care about.

What does David Drummond bring to the story that you wouldn’t experience if you just read the book?

He is an excellent narrator, not his fault story is all over the place.

I was annoyed with this story. Could not wait to for it to end.

This title of the book summarizes exactly what the book is about, but I certainly didn't expect just a recitation of who murdered who until it get so boring you stop caring. It's all over the place with a zillion characters. It was hard to keep track of all those people. Goes off on tangents discussing every clue, every detective, and every murder committed in Colorado and Utah in the early 70s.

Very interesting. This true story kept my interest from beginning to end. Author was able to carry the story over 35yrs keep it together, never confusing the reader. The little humor at the very end whether intentional or not was as a breath of fresh air...after a frustrating, search for the killer... This story and the Narrator deserve better reviews that what it has been receiving, and i highly recommended this listen to all true crime lovers.

All over the place

I tried to like this book but the writing is so disjointed that I had troubles keeping up with the string of thoughts and names. The editor of the book could have done a better job. Narrator does a good job in his performance.

very easy to listen to , I would recommend to anyone interested in true crime.

While this book has some good parts, it' drones on and on and will leave you heavily anticipating the end.

Great book for true crime fans! Keeps you listening through the entire book! Too bad it wasn't longer. If you like true crime this ones a must!

What disappointed you about The Killing Season?

The performer's voice had no emotion, just very dull.

What was most disappointing about Alex French’s story?

Too confusing. Jumps back and forth too much.

Who would you have cast as narrator instead of David Drummond?

Someone that can change the tone and seem like he's telling a story.

What character would you cut from The Killing Season?

Ted Bundy? I didn't even know he was in this book.

This is like listening to Serial or watching Making a Murderer so it's not a conventional 'book' in the slightest. It's dark and depressing and requires googling facts and context from time to time. As a true crime fan, it's appealing but it's definitely an acquired taste.

Narrator spoilt the story would give him0 if I could

I realize this is a factual account but the dry, tone less boring voice of the narrator made it a chore to listen to , far to quickly read so I had to keep rewinding to keep up with the pace of his rendition. It could have been good .