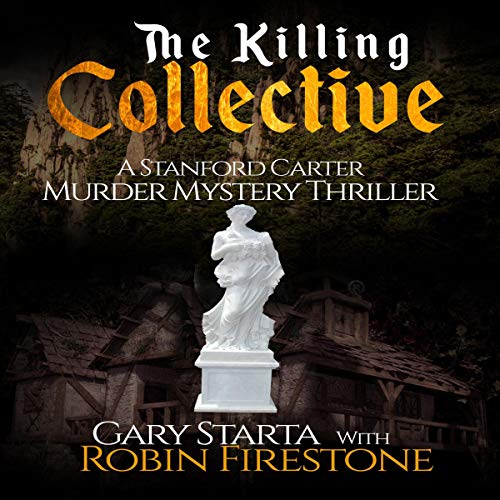 Longtime detective Stanford Carter and his wife, forensic scientist Jill Seacrest, have always felt one was the yin to the other's yang. Carter is formal, logical, detached, and incredibly reserved. As team leader, he displays an unflagging commitment to duty, a keen sense of logic and strategy, and the poker face of a true champion. Despite his ardent desire to learn the secrets of the universe and its plan for us all, the introspective student of Zen demonstrates an extraordinary inability to understand himself or anyone else.

Seacrest, on the other hand, is a scientific steamroller, often intimidating even the most seasoned veteran agents. Possessing a strong and fiery personality, her determination to find the truth often clashes with a quick and sarcastic wit, a fiery personality, and the tendency to leap before she looks.

Together, they've made the tough decision to leave their home town of Boston to move to the Big Apple, where they have accepted new positions with the FBI to help solve a string of murders. When Shania Deeprose joins the team, the overly enthusiastic, down-to-earth rookie from Alabama provides a spark that forges the immediate and unbreakable bonds of heart, mind, and courage.

In this stand-alone mystery/thriller, the team must break the biggest case of their careers while confronting personal and social truths that change them forever. Will they be able to expose a secret so old and far reaching that it has already begun to impact the very fabric of society?

What listeners say about The Killing Collective: A Stanford Carter Murder Mystery Thriller

This is an awesome story. It's a shame that authors cannot pick who narrates their work because this one can't seem to be able to properly pronounce numerous words.

I had a hard time when I started this book. I'm not sure if it is the way it was written or they way the narrator reads the book, but sometimes it is hard to decipher if it is internal monologue or if the character is speaking out loud. Also it is clear that the author did the research on FBI policies, but sometimes there is too much detail so it slows the flow of the book.

It is an interesting concept and an entertaining book. I normally only listen on my commute, but I found myself listening at home to. I had to know how everything was going to conclude. how is this book going to reach a conclusion? If you stick with it, this book is very entertaining and thought-provoking.

I enjoyed the overall story and the characters developed really well. I thought it got too far fetched near the end and long winded. The narration felt like it was designed for listeners who have difficulties. Speech was delivered as well pronounced words and not as if someone was actually talking. I found it ruined the story.

i enjoyed the storyline but found it to be longwinded.
i wouldnt class it as a thriller