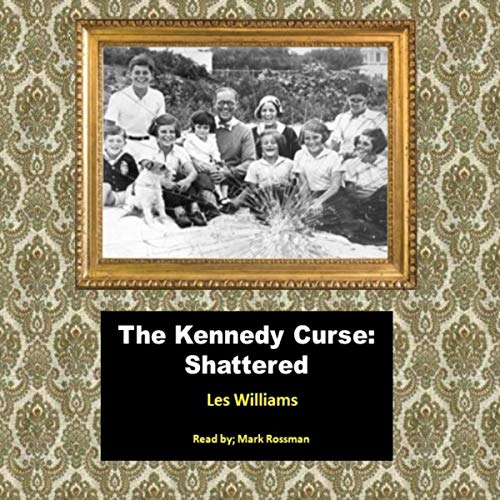 The Kennedys rose from the slums of Boston to become one of the wealthiest and most powerful families in the United States, but their journey had not been an easy one. Of Joe Kennedy’s nine children, two were killed in plane crashes, two were assassinated in public office, one was institutionalized, and one had his political career ruined by an accident that resulted in the death of a young campaign worker. These and other tragedies have given rise to the legend of the “Kennedy Curse”, but this audiobook aims to reveal that there was no curse at all.

We look at each of these events in some detail and in context with one another and we see that they follow the simple rule of cause and effect. Most of the tragedies that have befallen the Kennedy family were borne out of Joseph Kennedy’s obsessive desire for wealth and political power. He drove his children hard, and many achieved great things, but they made a lot of dangerous enemies along the way.

The Kennedys were raised to believe that they were better than anyone else and that the normal rules of life did not apply to them. They were ruthlessly ambitious and would stop at nothing to get what they wanted, and they pursued Joe Kennedy’s dream with the passion of a crusade. But there would be a heavy price to pay, and old Joe could only look on as one after another of his precious children were either taken from him or ruined. He witnessed almost all of these tragic events as they unfolded, and as he saw the pain and misery the family had endured, he must have wondered if it had all been worthwhile.

What listeners say about The Kennedy Curse