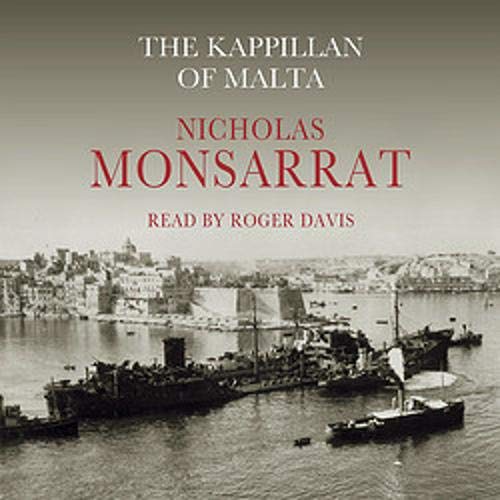 A classic novel set in the siege of Malta 1940-1942 from the best-selling author of The Cruel Sea.

Father Salvatore was a simple, lumbering priest, a Kappillan serving the poor Valetta, when war came out of the blue skies to pound the island to dust.

Now amid the catacombs discovered by a chance bomb, he cared for the flood of homeless, starving, frightened people who sought shelter from the death that fell unceasingly from the sky.

His story, and the story of Malta, is told in superbly graphic pictures of six days during the siege. Each of those days brought forth from the Kappillan a message of inspiration to keep them going - the legendary tales of six mighty events of Malta's history which shone through the centuries and gathered them together in a fervent belief in their survival.

"One of the most memorable characters of post-war fiction." (Daily Express)

What listeners say about The Kappillan of Malta

For many years I meant to read this book but by the time I got around to doing so my eyesight had deteriorated to point where I couldn’t. Out of the blue I was notified by Audible that the audiobook was due to be released…. It is beautifully read by Roger Davis & did not disappoint! I now live in hope that the other book I meant to read but now cannot is also made into an audiobook…. A Sailor’s Odyssey written by Viscount Cunningham Of Hyndhope