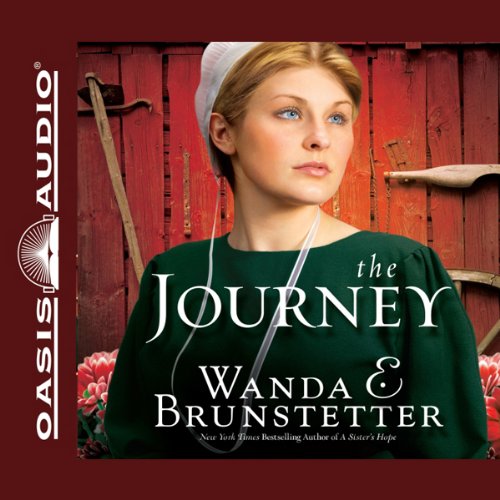 Can a heart once torn by love's rejection find a new beginning? Titus Fisher has often made poor choices. When he lived in Pennsylvania he chose the wrong girl, who broke his heart. When he moves to Kentucky, he finally discovers that he possesses woodworking skills. Will he stick with it or return to the old comforts—and love—from his life in Lancaster? Suzanne Yoder’s talents don’t lie in the traditional Amish kitchen, but she suppresses artistic skills that are frowned on by those in her community who believe a woman’s place is in the home. Will she find an ally in the broody newcomer? Will each of their journeys to self-worth end with romance in Christian County, Kentucky?

What listeners say about The Journey

What would have made The Journey better?

I "thought" it was going to be a good Amish love story.The narrator removed my interest in it.

Jaimee made ALL of the characters sound like "teens with an attitude".

If you could play editor, what scene or scenes would you have cut from The Journey?

I didn't get far enough into it to be able to make that decision.

too much southern accent.

It would have been fun to listen to but the narrator put too much accent into it and made the characters sound like grade school kids putting on a play.

I would really like these stories if the author didn't feel the need for so many deaths. When you listen to one, you think, "That was really unnecessary to the storyline." If it was just one book, I would just find that book distasteful. Now I am switching authors! The narrator was good, but not exceptional.

What did you love best about The Journey?

The characters were well developed. The story line was easy to follow.

I enjoyed Titus Fisher's growth in the story from the heartbreak, then grief, then forgiveness.

Would you be willing to try another one of Jaimee Draper’s performances?

NO! The narrator is too young for this story and has no idea what people from Kentucky sound like. She over exaggerates the "southern drawl" that makes the characters intentionally sound unrealistic. People from Kentucky do not sound this way. I live in Kentucky and it grated on my nerves to listen to this.

The mispronunciations were brutal. Many of the Dutch/German words were mispronounced. She also should have at least done some minimal research into how to pronounce Lancaster, PA. It's the most common place to be referenced in Amish fiction.

If you could take any character from The Journey out to dinner, who would it be and why?

I would rather eat dinner at Suzanne's mother's house to be honest! She sounded like a wonderful person to meet.

The author should do a better job at fact checking. She referenced plants in Kentucky that do not grow here in the way that she describes them. It's almost as if she were writing the story with a Georgia or another deep South location and calling it Kentucky. It felt as though perhaps she had done a basic, quick internet research and just plugged in Kentucky to the story as a location.

The reader of this story doesn't seem to know much about the Amish...she continually mispronounces "Ja" (which is a Deutch word and is thus pronounced "ya") and other germanic words. I was disappointed to find I didn't like the way the reader gave expression to the characters...I'm sure the characters were meant to be more likeable.