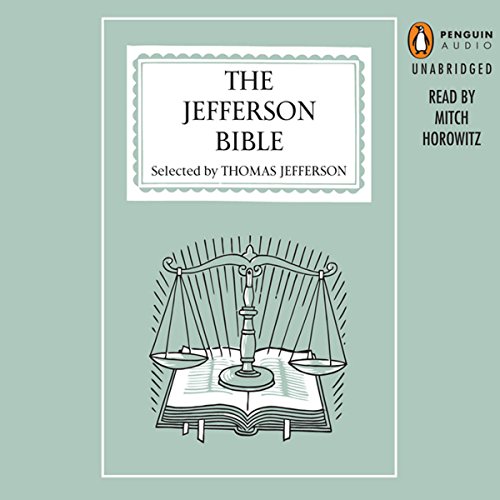 Here is Thomas Jefferson's classic abridgment of the Bible, in which Jefferson sculpted the words and ideas of Christ into a resounding moral philosophy.

"To the corruptions of Christianity I am indeed opposed; but not to the genuine precepts of Jesus himself." Thomas Jefferson, 1803

With these words, written to a personal friend, Thomas Jefferson began one of the most audacious religious experiments in American history. On and off for the next 17 years (including his term in the White House), Jefferson cut and pasted the philosophy of Jesus Christ, as recorded in Scripture, into one compact statement. He purposefully omitted any references to the virgin birth, miraculous healings, demonic possession, or supernatural events of any kind. His aim was to distinguish the moral philosophy of Christ from the religion that was later created around Christ.

This volume includes the original 1940 foreword by editor Douglas E. Lurton, which provides an engaging introduction to the history behind Jefferson's effort. Jefferson's selections are beautifully recomposed in a dignified yet pleasing style for a gem of compactness and clarity.

What listeners say about The Jefferson Bible

too many thous and shalts for me

I recommend this book to any and everyone, with love for God in my heart.