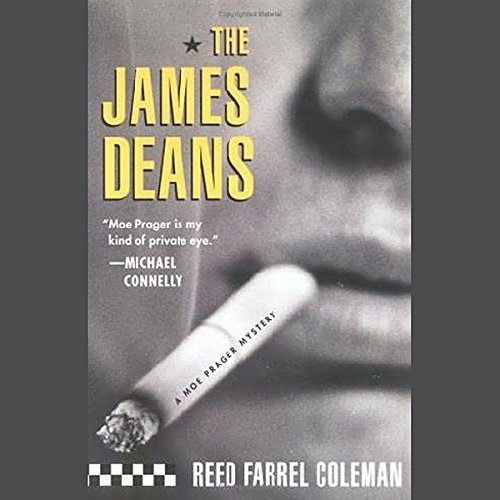 Nominated for the Edgar, Macavity, and Gumshoe Awards! Winner of the Shamus, Barry, and Anthony Awards!

Still reeling from his wife's recent miscarriage, Moe Prager is bullied into taking the case of an up-and-coming politico whose career has stalled over the suspicious disappearance of a young woman.

It's been almost two years since Moira Heaton, State Senator Steven Brightman's intern, vanished on Thanksgiving Eve 1981. In spite of Brightman's best efforts to clear his name, he has been tried and convicted in the press. As a reluctant Moe peels away the layers of the case, he discovers the tragic circumstances of Moira Heaton's disappearance are buried deep in the past and that there is another more heinous crime at the heart of it all.

Will the ugly truth set Brightman free or will it bury all the players beneath the crumbling artiface of corruption, murder, and hate?

Winner of the 2006 Anthony, Barry, and Shamus Awards
"Moe Prager is a far from perfect hero, but an utterly appealing one. Let’s hope…for many, many more cases.” (Laura Lippman)
"Coleman draws inspiration from the real-life Gary Condit/Chandra Levy case for his appealing third hard-boiled mystery set in the early 1980s (after 2004's Redemption Street)....Not everyone will go for the heavy-handed humor (a long-winded 'southern politico' named Clinton 'had better stay in Arkansas, because he has about as much chance for national office as the Mets have of winning a second World Series'), but all will cheer the likable, virtuous Prager." (Publishers Weekly)

What listeners say about The James Deans

This is my first venture into the Moe Prager mysteries, the third in the series of six (to date.) The protagonist, Moe Prager, is a private detective of the "Sam Spade" genre and part-time wine merchant. Growing up in a Jewish family in New York, he married an Irish woman whose father he cannot stand, apparently for good reasons. It makes for a mixture of cultures that is typically New York. Moe is basically a good guy who cares about people, the opposite of the detached, coldly analytical detective. He is smart and has friends and relatives he likes and to whom he is committed. The plot was intricate and entertaining. I can't say how much I may have missed by starting in the middle of the series. I look forward to listening to others. The narration is acceptable, but it would have been better if Moe had a Brooklyn accent. Occasionally, a yiddish word comes into his vocabulary, but seems out of place. I will try others in the Moe Prager series. I note that some of his most recent ones have won awards, so maybe they get even better!

As usual a great story.

great book great narration Moe is such a complex character well written and a great series.

The James Deans was a great story with an average reader. I listen to all my books and love a strong main character, Moe is a new favorite. The reader was good but not great. The voice alterations are enough to follow the characters, however the emotions are lacking...

It was an interesting story, but not really my type of book. It was not a waste of my time though.