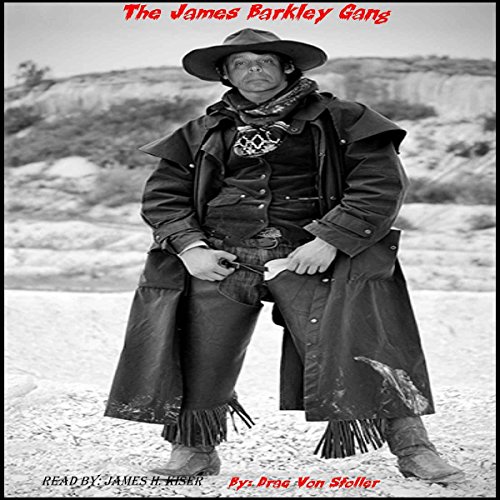 One night when James Barkley and his gang were camping out planning their next stage coach robbery, James said, "There is a stage coach coming this way in the mid-morning around high noon and there is around $100,000 in cash and this will make us rich." Black Jack chimed in and said, "James, this will make us famous outlaws."

James had a short fuse and if he got into an argument with someone, his six shooters did the talking, and that wasn't a good thing. He was known as the fastest gun in the west. He wore a special calfskin vest with built-in holsters, containing two Colt .41 caliber revolvers.

As the men were sleeping, one of James's men by the name of Saddle Jack Thompson was snoring, and James was getting upset because he needed to get a good night's rest in order to be focused on the stage coach robbery in the morning. So he woke up Saddle Jack and told him to stop snoring, but a few minutes later the snoring continued, so James pulled out one of his Colt .41's and shot him in the head. The snoring stopped.

What listeners say about The James Barkley Gang