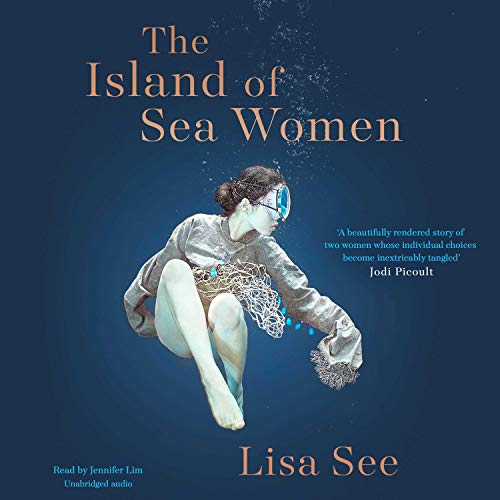 The Island of Sea Women

The Island of Sea Women

A new novel from Lisa See, the New York Times best-selling author of The Tea Girl of Hummingbird Lane, about female friendship and family secrets on a small Korean island.

Mi-ja and Young-sook, two girls living on the Korean island of Jeju, are best friends who come from very different backgrounds. When they are old enough, they begin working in the sea with their village’s all-female diving collective, led by Young-sook’s mother. As the girls take up their positions as baby divers, they know they are beginning a life of excitement and responsibility but also danger.

Despite their love for each other, Mi-ja and Young-sook’s differences are impossible to ignore. The Island of Sea Women is an epic set over many decades, beginning during a period of Japanese colonialism in the 1930s and 1940s, followed by World War II, the Korean War and its aftermath, through the era of cell phones and wetsuits for the women divers. Throughout this time, the residents of Jeju find themselves caught between warring empires. Mi-ja is the daughter of a Japanese collaborator, and she will forever be marked by this association. Young-sook was born into a long line of haenyeo and will inherit her mother’s position leading the divers in their village. Little do the two friends know that after surviving hundreds of dives and developing the closest of bonds, forces outside their control will push their friendship to the breaking point.

This beautiful, thoughtful novel illuminates a world turned upside down, one where the women are in charge, engaging in dangerous physical work, and the men take care of the children. A classic Lisa See story - one of women’s friendships and the larger forces that shape them - The Island of Sea Women introduces listeners to the fierce and unforgettable female divers of Jeju Island and the dramatic history that shaped their lives.

"Lisa See excels at mining the intersection of family, friendship and history...This novel spans wars and generations, but at its heart is a beautifully rendered story of two women whose individual choices become inextricably tangled." (Jodi Picoult)

"I was spellbound the moment I entered the vivid and little-known world of the diving women of Jeju...No one writes about female friendship, the dark and the light of it, with more insight and depth than Lisa See." (Sue Monk Kidd, author of The Secret Life of Bees)

I was so excited to listen to this novel as I am a real Lisa See fan. However, for me personally the narration was at time excruciating to my ears - like fingernails scraping down a blackboard. I nearly gave up on it a number of times but persevered. It wasn’t the narrator’s performance so much as her polarising voice. A strange choice.

Well written and the Narrator was excellent.
Looking out for my next Lisa See book.

Fantastic introduction to a culture

Well written and engaging. Good historical account of the aftermath of ww2, and the further chaos it created.

such a heart warming story..
must read and learnt a lot about the sea women culture as well..

overall the story was absorbing, however it was very slow starting and took a good few hours to become so. The narration is a little uninteresting, with no real variation in tone, but was very helpful when it came to the Korean words a phrases. Overall worth a listen