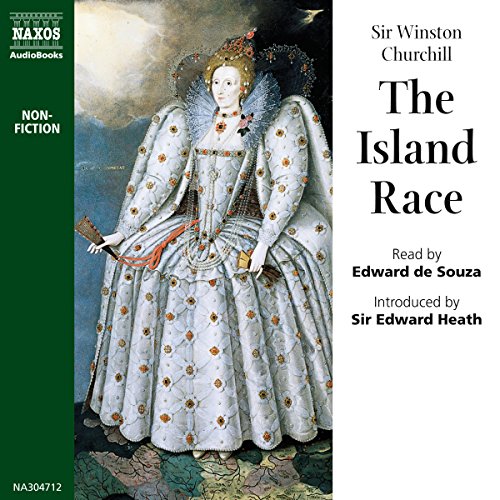 A man who indelibly shaped the course of modern British history tells the story of those who preceded him. From the Roman invasion through the reign of Victoria, Winston Churchill’s The Island Race celebrates English heritage and the ideals it espouses - democracy, nobility, and bravery. Churchill shows how these virtues have remained constant throughout England’s history, from its humble beginnings as a war-ravaged island, to the cultural, political and economic triumphs of global empire. Distinguished British actor Edward de Souza’s (The Spy Who Loved Me, The Golden Compass) couples his regal, eloquent voice with pacing that is leisurely and casual. De Souza captures the essence of Churchill’s famous oratory - his raspy, but melodious resonance - without undermining his own strengths as a performer.

Here is a history of Britain by one of its finest statesmen, a man who had himself crucially shaped events during perhaps the greatest crisis of modern times. Churchill's resonant prose brings to vivid and compelling life the political, constitutional, and military landmarks of our history: His purpose, to show that a sense of how man may live decently and democratically grew from the heritage of these islands.

What listeners say about The Island Race