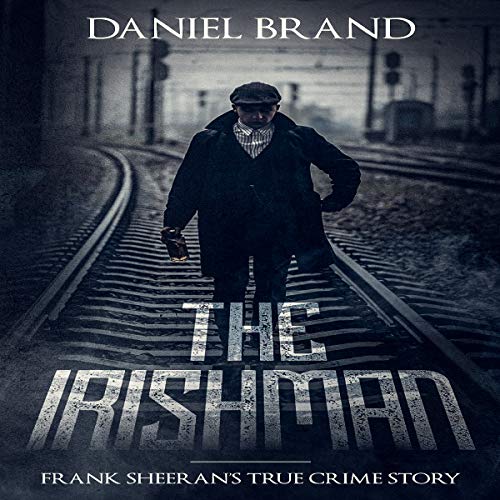 Frank Sheeran, known as "The Irishman", waited his entire life to tell his story or at least his version of his story. The world knew him as a union official, a longtime member of the Teamsters union; he was a member of Jimmy Hoffa’s inner circle at the top of the national union. He had run-ins with the law in this position. He was charged with the murder of a rebel union member in a riot that occurred outside the Teamster’s Local Philadelphia Union Hall, but the charges were later dropped. He went to prison in the '80s after being caught on a wire instructing one of his crew to break someone’s legs and was named in Rudy Giuliani’s Mafia Commission Trial as an unindicted coconspirator and one of only two non-Italian members of the Mafia Commission.

As an old man suffering from cancer that would soon kill him, Frank Sheeran shared his story with his attorney. He told him of the things that were already known, but he shared much, much more. This audiobook explores Frank Sheeran’s confessions as a lifelong criminal with ties to some of the biggest crimes of the 20th century.

Inside this audiobook, you will find:

What listeners say about The Irishman

Abridged version of “I Hear You Paint Houses?”

This reads like a book report or cliff notes on the book, I Hear You Paint Houses. I was hoping to pick up some new stories, or different accounts than I Hear You Paint Houses, but I don’t believe there were any. Also, the readers’ voice changes a few times within this audiobook, making for an inconsistent listen and some confusion.

The person narrating was the worst I’ve heard in nearly 50 Audible books. He had a halting cadence and routinely mispronounced even simple words. There were patch overs that sounded like a different person’s voice which were extremely distracting. The writing was not great. It was often redundant and did not elaborate on interesting topics. Very disappointing experience.

Was interesting at first, but then felt as though I had heard all of this before. The only thing I didn't know was the connection to Jack Ruby.
Very disappointng.


It felt so real! The narration of this book fascinates me the most. I think a story is only as good as how it is told, and this book tells a detailed story; I think any true-crime lover would be glad to find this.


The world is not all roses, and it is important to be aware of such details. I am also impressed with the narration which is well-paced and clear.

I liked the style of the author.

I liked the style of the author. Daniel Brand did a great job, using some of the scenes. I believe that fans of criminal stories will love this book. Highly recommended!

Daniel Brand will amaze you with this short novel of a demented soldier turned gangster. The Irishman: Frank Sheeran’s True Crime Story is a historian’s play ground. Though I believe those who enjoy listening about criminals or criminal acts will love this biography.

The Irishman: Frank Sheeran’s True Crime Story discloses what drove Frank Sheeran to kill, but there were multiple soldiers of WWII who did not return to the States and continue the acts in which they took part. Daniel Brand narrates this story by giving facts that Frank told him, which give credibility to this novel. After Frank’s time in the service he finds returning home difficult, as many soldiers do. Though Frank has had a history of not wanting to submit to any form of authority, this is unfortunate in keeping a job. This is where he finds enforcement for the mafia a job which fits his temperance

Excellent story easy to read and follow. very informative story of the life of Frank Sheeran.

I assume someone thought this narrator would sound “mafia-ish”?! Horrible reading!! It ruined the story for me.