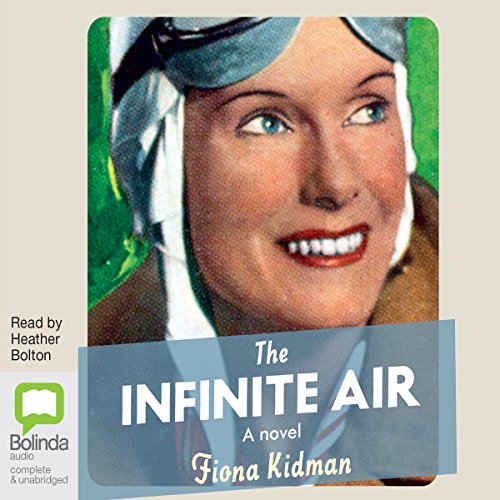 A superbly written novel offering an intriguing interpretation of one of the world's greatest aviators, the glamorous and mysterious Jean Batten.

Jean Batten became an international icon in the 1930s. A brave, beautiful woman, she made a number of heroic solo flights across the world. The newspapers couldn't get enough of her, yet she suddenly slipped out of view, disappearing to the Caribbean with her mother and dying in obscurity in Majorca, buried in a pauper's grave.

Fiona Kidman's enthralling novel delves into the life of this enigmatic woman, exploring mysteries and crafting a fascinating exploration of early flying, of mothers and daughters and of fame and secrecy.

What listeners say about The Infinite Air