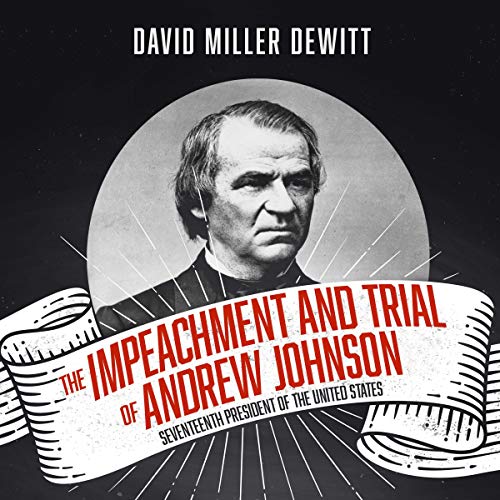 The Impeachment and Trial of Andrew Johnson

Andrew Johnson took office after John Wilkes Booth assassinated Abraham Lincoln on April 15, 1965. After months of Johnson and the Senate butting heads, oftentimes with Johnson defying the Senate and doing whatever he wanted, the final straw came when Johnson fired his Secretary of War, Edwin M. Stanton.

The 11-week trial began on March 4, 1868, and ended with the president escaping removal from office by just one vote. In this detailed look at the birth of the impeachment process and the 17th president's historical term, listeners will learn about one of the most vital tools available to the United States government.

What listeners say about The Impeachment and Trial of Andrew Johnson