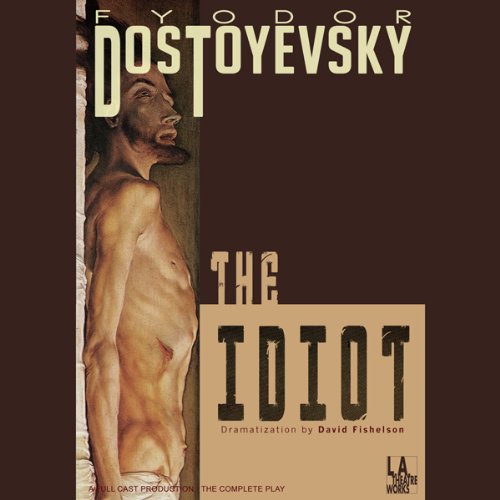 In L.A. Theatre Works' compelling production of Dostoyevsky's classic The Idiot, two beautiful women compete for the affections of a naïve young man, Prince Myshkin, who has recently returned to St. Petersburg's decadent social scene after a stint in a Swiss sanatorium. Recorded in front of a live audience, this stage production features a cast of notable Hollywood actors including Edward Asner, Kate Asner, and Angela Bettis, whose captivating performances will draw listeners into the story. With its crisp acting and clear acoustics, this production of The Idiot brings a modern edge to one of the most important novels of the Golden Age of Russian literature.

David Fishelson has transformed Dostoyevsky’s The Idiot into a spellbinding drama that illuminates the titanic novel. In The Idiot, meet the kindly, childlike Prince Myshkin, as he returns to the decadent social whirl of 1860s St. Petersburg. The two most beautiful, sought-after women in the town compete for his affections, in a duel that grows increasingly dangerous.

What listeners say about The Idiot (Dramatized)