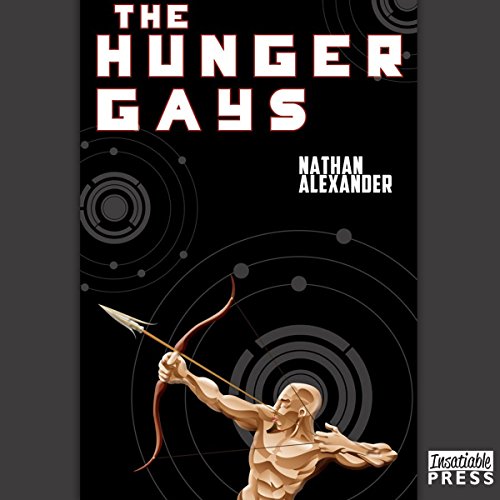 Inspired by The Hunger Games series, Nathan Alexander’s Hunger Gays follows the story of young Aspen Summers who has grown up in a world where young men are rounded up by the government and forced to participate in the deadly MvM match, an annual tournament where there can only be one champion - or one survivor. The feared event not only forces young men into public expressions of sexual domination and submission, but also serves as a reminder that nothing, not even the will of one man, is stronger than the will of the government. But when Aspen finds himself participating in this kinky tournament after a lifetime of repression and poverty, he begins to unlock inner desires that could quite possibly expose and put to shame the government’s own actions. Can Aspen rise above his own need for gratification and find true love? Or will he succumb to his now-insatiable desires and become someone capable of bringing the government to its knees?

What listeners say about The Hunger Gays

Fun book. Great narration. Steamy. Was worried it nay be kinda cheesy but it is not.

Good But Not Great

As a parody, the book's idea is excellent. The beginning and middle are excellent. The final chapters are hopeful of an excellent ending, but that never comes. The final dramatic outcome is betrayed with no closure of anything, really. It just ends and leaves one thinking that the author lost interest or time or whatever. I should have given it only 2 stars overall, but gave one back because it was a dedicated gay novel with lots of fun sexuality and did turn its origins upsidedown.

This book is really good, it is almost like the hunger games. Well except for the fact that it is gay erotica. I love it