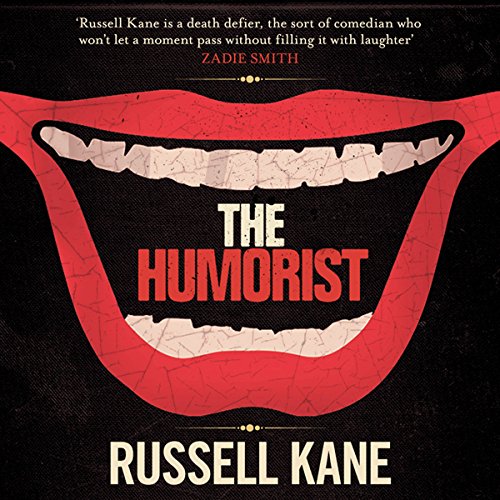 Survivor, genius, critic. Murderer. Meet Benjamin Davids White, blessed since his infancy with an extraordinary gift: to understand humour at its deepest level. Yet Benjamin is cursed, too: in all his life, he has never laughed or smiled. At the height of his profession as a comedy critic, yet lacking any kind of human empathy, Benjamin discovers a formula that will allow him to construct the most powerful joke the world has ever known. A joke that has the power to kill....

What listeners say about The Humorist

I saw Russell Kane perform a piece he wrote called "Smokescreens and Castles" on TV one night and was literally breathless by the end of it. I say "piece he wrote" rather than 'stand-up comedy' because after seeing it, with mixed tears on my cheeks, I thought "stand up" just didn't cut it as a description. Well, this book is like that. He even mentions the phenomina towards the end, where the narrator says "comedy" is not the right word and comes up with "direct theatre" instead, explaining that 'laughs were not necessary' more that insight is primary, laughs secondary.

This is wonderfully dark and funny and philosophical, with allusions to such masterpieces as Heinlein's "Stranger in a Strange World" and Dostoevsky's "The Underground Man" whilst remaining powerfully and usefully 'current'. The exploration of the invisible, metaphysical line between laughter and joy and despair and death is so thoughtfully, cleverly and thoroughly done that you get the sense of great artistry and intelligence.

It is not for the fainthearted though, and I warn you, there is (appropriately) no happy ending.

Dark humour at its best

What made the experience of listening to The Humorist the most enjoyable?

Hos perfect knowledge of the story and the dull, no-smiling way of reading - so important in this book.

sneaky in it's appeal

If you could sum up The Humorist in three words, what would they be?

has to be benjamin - even though he is utterly despicable at times, his pain and inherent loneliness and humanism are illustrated perfectly.Kane paints a truly 3d pictureof his protagonist

Have you listened to any of Russell Kane’s other performances? How does this one compare?

I've seen Russell live quite a few times. At the start of listening to the novel I was horrified by how flat and dull he sounded. I was concerned he was "tying too hard" to sound intellectual or serious and literary. However, as the story developed, the style he has adopted rapidly feels essential and helps with the understanding of white's character

as i mentioned earlier, at the start of listening I was concerned i wasn't going to enjoy it and found both the story and narration quite hard to get into. i don't know exactly when that changed, but i do know that i suddenly realised i was completely hooked and could not stop listening.

The linguistic skills of Russell Kane are perfectly demonstrated in this novel. I felt some of the sentences of description, the repetitive frenetic need to hammer his point home resulted in some truly magical moments.

Brilliant on all levels, what a showcase of talent

Brilliant on every level, imaginative story, expert performance and of course the darkest of humour.

Level upon level of laughter!

Simply wonderful! Theatrical tragedy, broken humanity and all beautifully relatable. Even my own laughter was part of the pathos and circularity! I loved it!

Not what I expected at all! listened to it after the son of silverback. Pleasantly surprised with Russell’s versatility. Looking forward to his next work