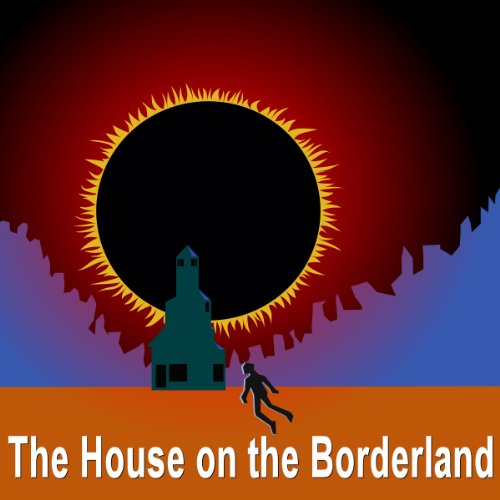 The House on the Borderland

While on a fishing trip two men discover the ruins of an old house perched on the very edge of a cliff. In the ruins they discover an old manuscript that seems to suggest the house was once involved in something super natural, and horrific.

What listeners say about The House on the Borderland

One of the greatest stories I have ever heard

Wow! Lovercraft and Ashton Smith take their hats off to this story with good reason. William Hope Hodgson describes ... I can't tell you. It would spoil your enjoyment. The narrator is superb Felbrigg Napolean Herriot. Truly enjoyed this book and will listen to it again and again as I get older. Poor Pepper!

Amazing to see what influenced Lovecraft

Sure, it doesn't stand up to the standards of modern writing or storytelling, but this is still a fascinating early tale of cosmic horror that gives the reader some new context with which to read Lovecraft and his contemporary heirs.

Good, atmospheric story of cosmic horror. The reading, although clear, is largely uninflected and monotonous.

I can kind of understand why this was so important to so many writers. The cosmic, hallucinatory kind of horror was pretty much unexplored at the time, and so it was really breaking new ground. But the writing itself is very boring, and not at all cohesive. I don't understand why the narrator was selected for this either. The protagonist is meant to be an old man but the narrator sounds very young and effeminate, which is really jarring with the tone of the novel.

only one review for a work this important?

one reviewer said the writing's not that good, boring is the word the lone reviewer used, and its antiquated overall. to let that stand as the only review for a work this good and this seminal would be a real shame. it is, without a doubt, an old fashioned ghost/supernatural story. but i found it interesting and much creepier than say, It by stephen king. or pretty much anything by stephen king, to be honest. this was wholly original and so thoroughly weird that it stuck with me for a long time and i had to listen again. and then after another year or so, yet again. i had no issue with the narrator and actually enjoyed it. if you like horror and odd/weird fiction--and you have not already discovered william hope hodgson--you should absolutely check this and his other works out. they are from another time but the time they are from, in my opinion, was the heyday of horror and ghost story fiction.

Vary good story with some great imagery. Hodgson really knew how to build an atmosphere of dread. he maybe didn't have the best grasp on phisics but then that may have just been the times. at least there's no mention of none euclidean geometry lol.

engrossing story, but it drags a bit

the story starts when two friends come across an odd manuscript, the manuscript details some events that have taken place in a house that no longer exists. Most of the main story is from this supposedly found manuscript. It's a very fascinating novel and some parts were really exciting and intriguing. However I did only give it a three star rating because there is a part near the end that drags on for what seems to be an eternity. Very little of interest happens for over an hour, and even though I usually don't mind slow paced books, it's just way too much for such a short story as this. This section could almost have been cut in half and it might still seem too slow. It's a real shame because this story has so much else to offer.

The narration is excellent, even in the very slow part the narrator tries to make it seem as if something interesting is happening.

Looking forward to reading or listening to more stories by William Hope Hodgson and in spite of what I have said I would still recommend "the house on the border land" and I find it deserving of its status as a classic!

I liked it a lot. wish it was made into a movie.Brian Keene recommended it on his podcast.

I thoroughly enjoyed it and wish to read more of the author's works. Good reading.

Kind of slow. Pretty boring.
Not scary to me. But, it has a really nice psychedelic set of chapters near the end.
Being raised Hindu, stuff like that isn't scary to me.

Not quite the classic I remember

Yes, on the whole. It's not an especially long book, but it is a key work of its kind.

It begins with strange goings on in and around a very large house where the narrator lives alone except for his sister and dog. Despite being there for 10 years there are unexplored parts of the house, including a vast cellar with a trapdoor to... what? After an investigation, the house is besieged by extradimensional creatures. This is followed by a sequence obviously inspired by Wells's The Time Machine, some dream stuff, and then a rather low key, not to say anticlimactic, ending.
The rapid flight into the future starts off well but ends up as rather poorly described waffle. I had real problems with the narrator, a self-declared dog lover, leaving his dog outside when he knew there was a likelihood of the evil creatures coming back.
At best it's visionary, creepy and exciting. At worst it's a bit dull and irritating because much of the time it's just things happening to the "protagonist"; not only is there no apparent reason for the events, the prot hardly even speculates about why they are happening.

What aspect of Felbrigg Napoleon Herriot’s performance might you have changed?

Now there's a question. Some of his pronunciations struck me as non-standard. "Deities" pronounced as "di-et-ies", "denizens" pronounced as "denzins", and "catastrophe" as "cat-a-stroff". (I was hoping he'd pronounce "picturesque" as "picture-scew" but the word isn't in the book.) I also felt he was miscast;the narrator of the main story is supposed to be quite a bit older.

Did The House on the Borderland inspire you to do anything?

Get on with my own novel. It's not based on a similar idea, but there's a certain vibe I could borrow.

I feel I could almost sum this up as a dream written up. But a very good dream.

Absolutely nothing about this story makes any sense at all. It's just a series of random visions, none of which are particularly memorable or thrilling. And it's so verbose I suppose the author must have been paid by the word.

Starts well. Creepy ruin, mysterious dairy, creepy house, then it spends a good hour or more with some 70s bad acid trip cosmic experience. Let the whole thing down. Also I hate it when stuff isn't explained or even vaugely wrapped up.

Just the kind of old school haunting story I was looking for, well worth it!