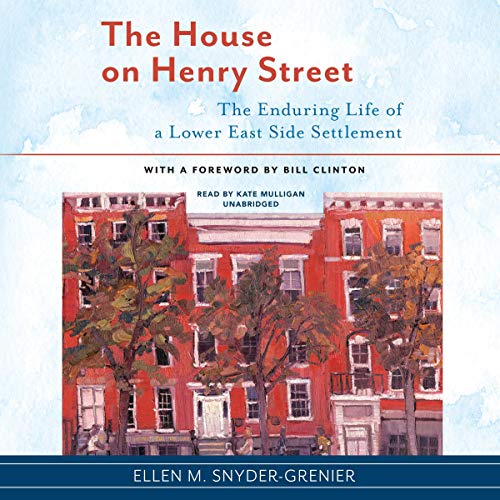 The House on Henry Street

On a cold March day in 1893, 26-year-old nurse Lillian Wald rushed through the poverty-stricken streets of New York’s Lower East Side to a squalid bedroom where a young mother lay dying - abandoned by her doctor because she could not pay his fee. The misery in the room and the walk to reach it inspired Wald to establish Henry Street Settlement, which would become one of the most influential social welfare organizations in American history.

Through personal narratives, vivid images, and previously untold stories, Ellen M. Snyder-Grenier chronicles Henry Street’s sweeping history from 1893 to today. From the fights for public health and immigrants’ rights that fueled its founding, to advocating for relief during the Great Depression, all the way to tackling homelessness and AIDS in the 1980s, and into today - Henry Street has been a champion for social justice. Its powerful narrative illuminates larger stories about poverty, and who is “worthy” of help; immigration and migration, and who is welcomed; human rights, and whose voice is heard.

For over 125 years, Henry Street Settlement has survived in a changing city and nation because of its ability to change with the times; because of the ingenuity of its guiding principle - that by bridging divides of class, culture, and race we could create a more equitable world; and because of the persistence of poverty, racism, and income disparity that it has pledged to confront. This makes the story of Henry Street as relevant today as it was more than a century ago.

What listeners say about The House on Henry Street