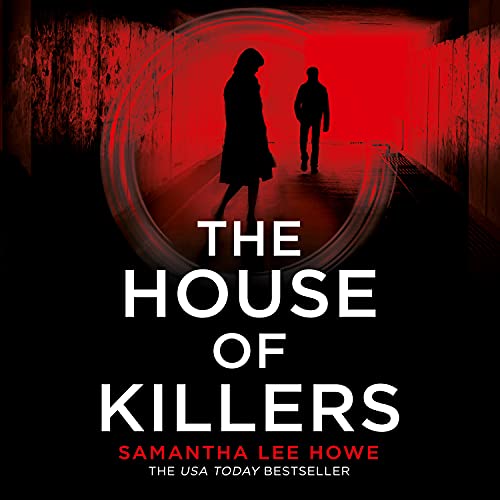 The House of Killers

Serial killer Neva has been conditioned not to ask questions of the mysterious Network, to remain perfectly incurious and perennially cold-blooded. She must simply execute the targets they text her and live to bury the tale.

But then she’s tasked with terminating a fellow assassin and glimpses her own future in her colleague’s fate. When she leaves flowers on the gravesite, someone notices.

Agent Michael Kensington knows he’ll have his work cut out for him when he’s recruited by MI5 onto operation Archive to piece together patterns in cold cases.

Nothing could ever have prepared him for Neva....

An assassin obsessed with hell, a fugitive tortured by the secrets of her past, a woman destined to unthread him.

The House of Killers introduces a trail-blazing new voice in spy fiction. An absolute must-listen for all fans of spooks past and present, from Bond to Bourne, Smiley to Polastri.

"Samantha Lee Howe takes a different approach in her remarkable career with this tense and fast-paced novel featuring one of the deadliest female assassins I’ve ever encountered in fiction. Combined with a reluctant MI5 operative who is on the trail of this cold-blooded and skilled killer, The House of Killers is one finely written and plotted thriller. Very much recommended." (Brendan DuBois, award-winning and New York Times best-selling author)

"Fast-paced and impeccable, this is writing at its very best [...] It was almost dawn by the time I finished [...] It demands to be read in a single sitting. An absolute triumph!" (Awais Khan, author of In the Company of Strangers)

"Wow, what a read! Buckle up for a thrilling ride through a labyrinth of secrets, lies and betrayals, in a shadowy world where no one and nothing can be trusted. And where death is just the slash of a knife away." (Abbie Frost, author of The Guesthouse)

What listeners say about The House of Killers

A well written spy thriller with all the intrigue and drama. Just absolutely amazing!

But worth the pay off if you have the time. If you want something truly gripping this is jot the book for you.