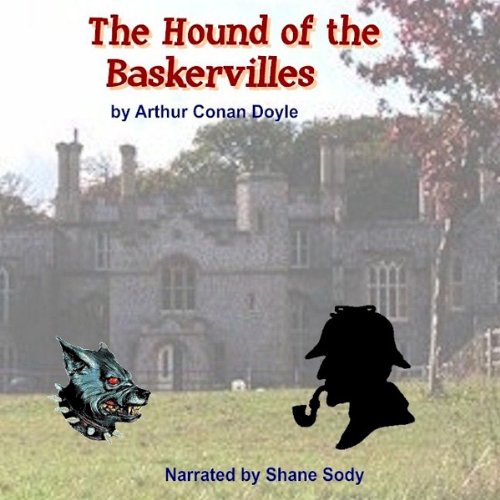 The Hound of the Baskervilles

The lord of the Baskerville estate, Sir Charles Baskerville, has died of a heart attack, apparently terrified, while running away from something outside the family's ancestral home at Dartmoor. Now the young Henry Baskerville, who has returned from Canada to claim his inheritance, is being followed in London, and has received an anonymous warning to stay away from the moor.

Listen, as Dr Watson takes you from Sherlock Holmes' rooms in London's Baker Street to the brooding and barren Dartmoor. Listen, as Holmes and Watson investigate stories of an ancient Baskerville curse and reports that a strange, bloodcurdling call has been echoing over the desolate windswept landscape and dangerous boggy mire.

The Hound of the Baskervilles is one of the jewels in the Sherlock Holmes "canon". It showcases the world's most famous fictional detective at the height of his (and his author's) powers. Wikipedia says it "is considered to be one of Conan Doyle's best works as an author for its fantastic descriptive writing." It was inspired by Conan Doyle's own personal research at Dartmoor, and regional mythology of British hell-hounds.Now you can have this incomparable story read to you. This audio version is completely faithful to the original novel.

What listeners say about The Hound of the Baskervilles