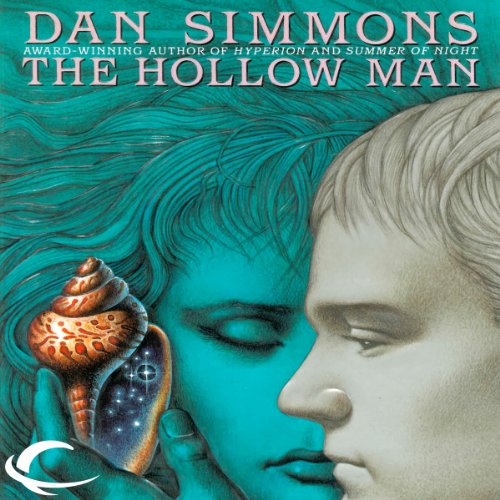 Jeremy Bremen has a secret. All his life he's been cursed with the ability to read minds. He knows the secret thoughts, fears, and desires of others as if they were his own. For years, his wife, Gail, has served as a shield between Jeremy and the burden of this terrible knowledge. But Gail is dying, her mind ebbing slowly away, leaving him vulnerable to the chaotic flood of thought that threatens to sweep away his sanity. Now Jeremy is on the run - from his mind, from his past, from himself - hoping to find peace in isolation. Instead he witnesses an act of brutality that propels him on a treacherous trek across a dark and dangerous America. From a fantasy theme park to the lair of a killer to a sterile hospital room in St. Louis, he follows a voice that is calling him to witness the stunning mystery at the heart of mortality.

What listeners say about The Hollow Man

This book played with my mind quite a bit, but on some levels I really understood the concepts. It kept me listening though! 🤯

If someone had told me that they wanted to recommend a book to me that had romance, gore/horror, sci-fi, and mobster mystery, with just a hint of spirituality, where the main character was a mathematician, I'd probably pass. But if any author can put all those pieces together in a great story, it's Dan Simmons.

The romance between Jeremy, the main character, and his wife is beautiful and heart warming. The set-up that leads to all the action is masterful, one shocking moment rolls right into the next and it's all oddly believable.

The pacing was great, and it was super easy to follow along with everything, which is a feat in itself considering just how much happens in this story.

The narrator was flawless. I've never heard Boyett before. He disappeared perfectly, never detracting from the story. I especially loved any scene where the characters were whispering. He's just really good.

There was an annoying technical error in the first two chapters of the 2nd half of the book--it seemed like almost an entire chapter was duplicated. Hopefully that's something that Audible will fix, so by the time you are reading this, it won't be there.

I highly recommend this book.

What disappointed you about The Hollow Man?

There seemed to be nothing driving the story except for the main character's desire and need to run. I listened for close to three hours, and all that happened is that the hero's wife dies; he leaves; he runs afoul of a gangster; he escapes; he takes a long bus ride. Eventually I got the feeling that the author was simply using the hero's extraordinary ability to write about dozens of unconnected characters. The hero intrudes into their minds, as do we, to hear micro-dramas about their lives. I began to get the feeling that the ESP was simply a plot device for the author to drop a number of half-formed characters into a story, as though they were people he'd thought of who had no sustainable story of their own. It got boring.

Has The Hollow Man turned you off from other books in this genre?

What aspect of Mark Boyett’s performance would you have changed?

What character would you cut from The Hollow Man?

The problem was not the characters, except the thug Bonafucci's every other word started with "f".

I wish, I wish, I wish I could've gotten to a point in the story which was more profound than the hero simply eavesdropping.

Intellectual and get depressing

I loved the Hyperion series, and several other of Dan Simmons books. This was disappointing. It was like being dragged through broken glass naked for many hours. I kept hoping that at some point there would be a reversal of the emotional torture, but it never really happened.

Dan Simmons has written stories with compelling characters and clever plots. Unfortunately, this is not one of those stories. The main character is hard to like and spends most of the novel going from one implausible situation to another and with his escapes becoming increasingly cartoonish. The science fiction premise is promising but is effectively smothered by heavy handed, dense expositions which leave the reader confused. There are also gratuitous scenes of graphic harm to children that can be quite off-putting.

What an imagination Dan S. possess .
Can not wait to download another one .

First, the narration sounds like it is being done by Agent Smith from The Matrix - way too slow and monotonous. Unfortunate as the book needs pepping up. It reads like a quantum physics nerd had a physics textbook and based the story around that, rather than thinking of the story and adding little touches of science to make it believable.
In the style of Tolkien, descriptions go on and on and on without the story moving onward, with lots of self indulgent waffle about conversations between the protagonist and his wife. On and on and on. And on. The tedium is punctuated by the odd bit of action courtesy of some gangsters. A fun sci-fi romp this is not. This won't be worrying the likes of Ernest Cline. Personally I'd leave this alone and leave the slow drawling monotony for someone else.

This is a serious miss. The story meanders. The characters are unlikeable. The conclusion is difficult to follow. The best thing I can say about it is that it's a short read. Ugh.