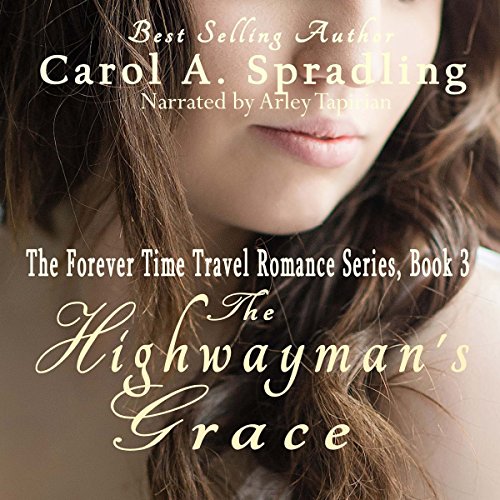 By: Carol A. Spradling
Narrated by: Arley Tapirian

Grace Blackstone never wanted to be a time traveler. She also didn't want to be abandoned within reach of a notorious highwayman. A chance meeting with the outlaw leaves her vulnerable to more than her new ability.

Having seen behind the wanted man's mask, Grace is confused to find another man claiming to be her rescuer.

Highwayman Ethan Tanner has one goal in life: to destroy Bennett Brown. He has faced gunmen and braved the elements, but a young woman who seemingly appears out of nowhere terrifies him.

While the story is enjoyable, be prepared for a fast speaking narrator who doesn’t always breathe between sentences.