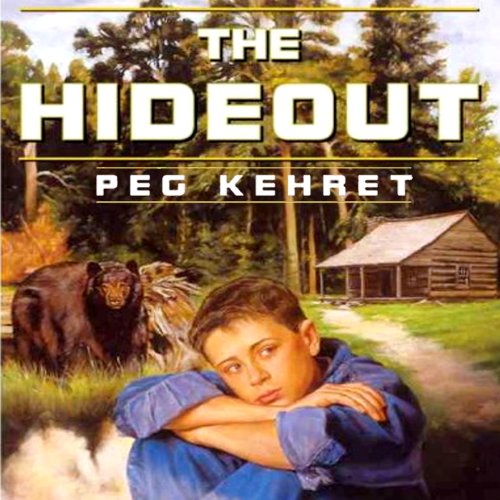 One of the finalists for the 2009 Voicey Best New Voice Award, narrator Matthew Josdal displays his amazing range with his vivid depictions of the characters in this coming-of-age tale that will appeal to animal lovers. Jeremy Holland is on a train to Chicago to live with his uncle after his parents' deaths. But Jeremy never makes it to his destination - the train crashes, and Jeremy ends up wandering in the woods until he finds an abandoned cabin where he settles down. Josdal's performance will have listeners feeling as though they are living out Jeremy's story as dangerous bear poachers show up and Jeremy desperately tries to save these wild creatures and himself.

In a moment of madness, Jeremy Holland's parents were killed by a gunman in a Seattle mall. Now he faces a new life with his uncle Ed, a man with a vastly different lifestyle from the one Jeremy is used to. As he sits on the train hurtling toward Chicago, he can barely believe the terrible truth. He has no mother, no father, no home. Suddenly the impossible happens - again - as the train crashes in a blaze of fire, twisted metal, and screaming people. Jeremy staggers off, wandering aimlessly. He finds a deserted cabin in the woods, which seems to be just waiting for him. He thinks he can hide out and escape form the grief of his past and his future with his uncle. Instead, Jeremy faces more danger than he bargained for when he discovers evidence of bear poachers. When he hears gun shot at night, Jeremy decides to leave his refuge and put his own life at stake in a desperate race to unmask the villains and save the bears.

What listeners say about The Hideout