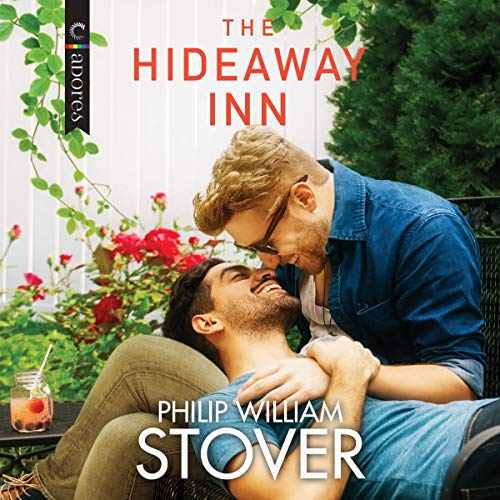 High school wasn’t the right time or place for their relationship to grow, but now, 15 years later, a chance encounter changes both of their lives forever.

No one in the charming river town of New Hope, Pennsylvania, needs to know that Vince Amato plans on flipping The Hideaway Inn to the highest bidder and returning to his luxury lifestyle in New York City. He needs to make his last remaining investment turn a profit…even if that means temporarily relocating to the quirky small town where he endured growing up. He’s spent years reinventing himself and won’t let his past dictate his future.

But on his way to New Hope, Vince gets stuck in the middle of nowhere and his past might be the only thing that can get him to his future. Specifically Tack O’Leary, the gorgeous, easygoing farm boy who broke his heart and who picks Vince up in his dilapidated truck.

Tack comes to the rescue not only with a ride but also by signing on to be the chef at The Hideaway for the summer. As Vince and Tack open their hearts to each other again, Vince learns that being true to himself doesn’t mean shutting down a second chance with Tack - it means starting over and letting love in.

Book one: The Hideaway Inn

A new Carina Adores title is available each month:

The Hideaway Inn by Philip William Stover
The Girl Next Door by Chelsea M. Cameron
Just Like That by Cole McCade
Hairpin Curves by Elia Winters
Better Than People by Roan Parrish
The Love Study by Kris Ripper
The Secret Ingredient by KD Fisher
Just Like This by Cole McCade
Teddy Spenser Isn’t Looking for Love by Kim Fielding
The Beautiful Things Shoppe by Philip William Stover
Best Laid Plans by Roan Parrish
Knit, Purl, a Baby and a Girl by Hettie Bell
The Hate Project by Kris Ripper
Hard Sell by Hudson Lin
For the Love of April French by Penny Aimes
Sailor Proof by Annabeth Albert
Meet Me in Madrid by Verity Lowell
The Life Revamp by Kris Ripper

What listeners say about The Hideaway Inn

This is a beautiful story of love, betrayal, forgiveness and redemption that had me nearly in tears more than once. I loved it.

Funny, well
Developed characters and great narrators. Once I started listening, I couldn’t stop!! Will look for more by this author