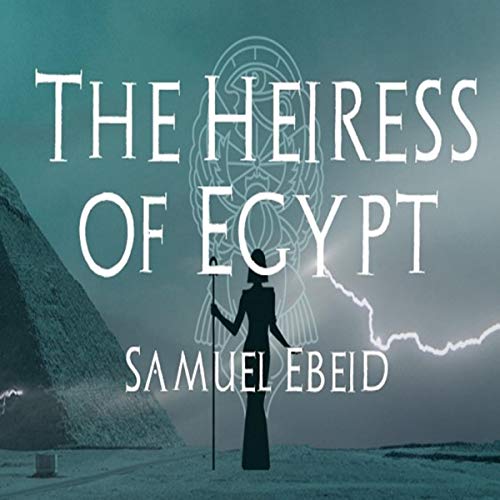 The Heiress of Egypt

Egypt, a land so rich in myth, its origins are not fully known. But there are stories - stories that the earliest Egyptians were taught civilization by celestial beings.

Thousands of years later, at a time when the Great Pyramids of Geza were still shiny and new, legendary creatures flourished, and high priests still controlled the magical substance left by the Celestials called Kairemi. But it's also a time of treachery as one Pharaoh is brutally overthrown and his entire family slaughtered, save one young daughter, Merit, who escapes into hiding. The hedonistic new Royal Family have their own struggles, with King Varis maneuvering to place his daughter, Hamees, on the throne after him, setting aside his own son.

It's also a time of heroes, like Roma, a former palace guard turned defender of Princess Merit. He receives a great prophecy and must use it to determine Egypt's fate by pooling all her legendary resources to ensure the throne, and control of the Kairemi, goes to the correct Heiress of Egypt. But is that Merit or Hamees?

The Heiress of Egypt takes us back to an unspecified time in a fantastical ancient Egypt populated with fantasy animals, heroic soldiers, and gifted priests...the tale that then unravels is one of adventure, rebellion, fantasy, romance and war...This is a light fast-paced read, perfect for a holiday or a cold winter evening at home. It follows the footsteps of Khai of Ancient Khem. (Charlotte Booth, author of Ancient Egyptians for Dummies, In Bed with Ancient Egyptians, Horemheb the Forgotten Pharaoh, and others.)

Readers anticipating either a novel based on history alone or a sci-fi story largely emphasizing aliens, supernatural gifts, or strange occurrences, will find The Heiress of Egypt excels in being neither fish nor fowl. Instead, it successfully blends history and fiction, tosses in sci-fi elements, and adds a dash of romance and thriller into the mix for extra spice. The result is an engrossing tale that offers many twists and turns through its increasingly fantastical story line (D. Donovan, senior reviewer, Midwest Book Review)

What listeners say about The Heiress of Egypt

I loved this book. well written, exciting. I can't wait for the next book to be on Audible, I am going to have to buy and read the hard cover book if it's not coming out soon.

Amazing story and great narration. I couldn’t stop listening, and it kept my attention. Loved it

This book is not for young adults. There is no meaning to the story. Wish I had my credit back.