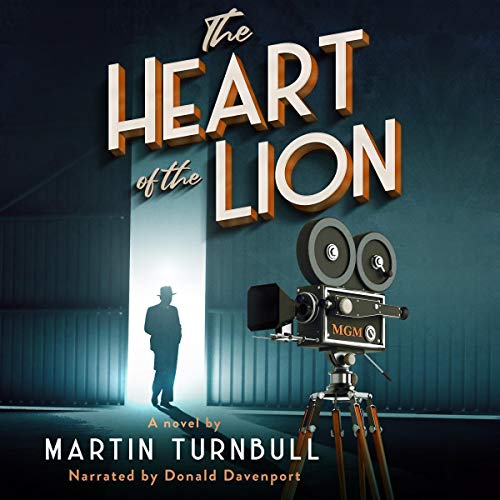 The Heart of the Lion

Lose yourself in the Golden Age of Hollywood - and discover the story of the man who helped create it.

Hollywood in the 1920s: The motion picture industry is booming, and Irving Thalberg knows it takes more than guts and gumption to create screen magic that will live forever. He’s climbed all the way to head of production at newly merged Metro-Goldwyn-Mayer and is determined to transform Leo the Lion into an icon of the most successful studio in town.

The harder he works, the higher he soars. But at what cost? The more he achieves, the closer he risks flying into oblivion. A frail and faulty heart shudders inside this chest that blazes with ambition. Thalberg knows that his charmed life at the top of the Hollywood heap is a dangerous tightrope walk: each day - each breath, even - could be his last. Shooting for success means risking his health, friendships, everything. Yet, against all odds, the man no one thought would survive into adulthood almost single-handedly ushers in a new era of filmmaking.

This is Hollywood at its most daring and opulent - the Sunset Strip, premieres at Grauman’s Chinese Theatre, stars like Clark Gable, Greta Garbo, Jean Harlow, Joan Crawford - and Irving is at the center of it all.

From the author of Hollywood’s Garden of Allah series comes a mesmerizing story of the man behind Golden Age mythmaking: Irving Thalberg, the prince of Tinseltown.

Martin Turnbull's Hollywood’s Garden of Allah novels have been optioned for the screen by film and television producer Tabrez Noorani.

What listeners say about The Heart of the Lion

Straight out biography would be better

This was an ok mildly enjoyable piece of fluff that is not a biography but fiction with biographical details. All through the book my thoughts were "the writer is making up these scenarios and conversations" the book was adequate however would have been far more interesting without the interminable conversations Irving had with himself about his health., I personally had no problem with the reader, thought he did a good job.

the monotone narration by Donald Davenport is a perfect remedy for anyone with issues getting to sleep.
His pronunciations in many cases is juvenile and hilariously laughable. All in all a good story,but ruined by the innept reading .