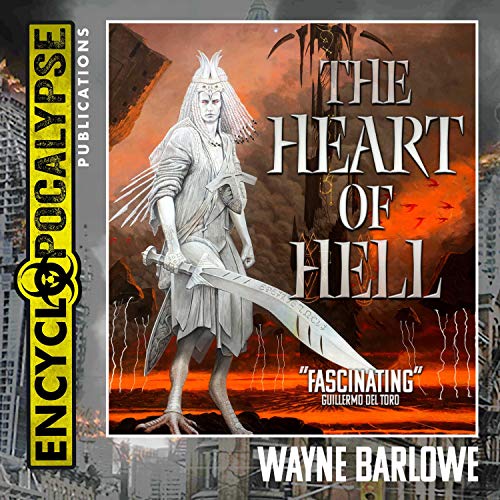 The Heart of Hell

Award-winning artist Wayne Barlowe returns to his epic dark fantasy world with this sequel to God's Demon - The Heart of Hell - where rival demons war for control of the infernal domain.

Sargatanas has Ascended and the doomed, anguished souls have found themselves emancipated. Hell has changed...hasn’t it? The demons, wardens of the souls, are free of their inmates....

And the damned, liberated from their terrible torments, twisted and bent but thankful that they are no longer forced to be in proximity to their fearsome jailors, rejoice. But something is stirring under the surface of hell’s ceaseless carnage...and into this terrible landscape come three entities:

Each will come across new terrors, new infernal monstrosities, all beyond even their imaginations, untouched by what Sargatanas wrought.

Is there something older than hell? Something no demon, born of heaven or hell, ever suspected?

What new horror, what rough beast, its hour come round at last...could possibly be hidden in hell?

What listeners say about The Heart of Hell