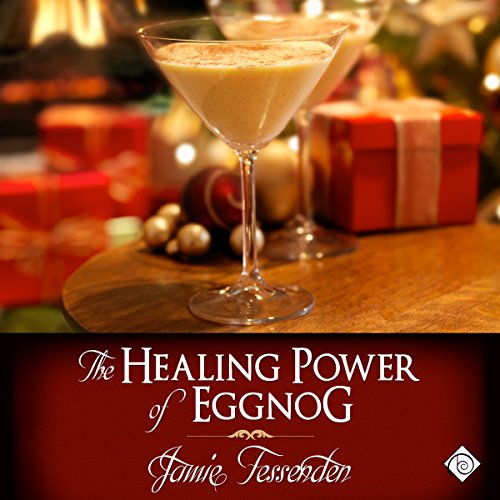 The Healing Power of Eggnog

Will Sutherland hasn't been home to see his parents in four years - not since they reacted badly when he came out. This Christmas, he’s finally worked up the courage to go home, where he's surprised to find they've taken in a boarder. Ryan Bennett is just a couple years younger than Will, cute, sweet...and openly gay.

As Will deals with his jealousy of the man who's been receiving the love and acceptance he was denied, Ryan finds himself falling for Will's brooding good looks. But Ryan also suspects the Sutherlands may be using him as a pawn in their long-standing conflict with their son. Will this Christmas finally tear the family apart, or is there a chance they can put their hurt and anger behind them.

A story from the Dreamspinner Press 2013 Advent Calendar package

What listeners say about The Healing Power of Eggnog

This is a short holiday story about love and forgiveness. Will hasn’t been home since the Christmas when he came out to his family. There is a “mystery” as to why he’s stayed away, but you can guess why. When Will’s family extends an olive branch, he decides to try again but is mystified by the boarder they are sharing their house with.

Ryan is a young gay man who was kicked out of his home by his religious family and is now being supported by Will’s family.

At first Will is jealous and guarded with the virginal Ryan, but as the eggnog gets drunk and the inhibitions loosened the two find they might have a bit more in common than they think.

Since this is a short story, a lot happens in a time line that feels unrealistic to me, but is acceptable given the parameters of a holiday love story.

I didn’t really feel Will ever had a reason to “love” Ryan or vice versa, though I was certainly rooting for the relationship.

I thought the physical stuff and the “I love yous” were rushed but sweet nonetheless.

I thought Robbie did a nice job with the narration, this was his first narration I’d heard and I would definitely look for him in the future. He didn’t do a lot with the voices but he certainly seemed to understand and translate the story well.

The Healing Power of Eggnog

This book has it all!
When I first came a cross the title, my first thoughts were one what a funny name for a Christmas story cause we all know that eggnog is a powerful drink if NOT controlled properly and two this won't end well
After listening to this hart warming Christmas story I had a lot of empathy towards the two main characters

What made the experience of listening to The Healing Power of Eggnog the most enjoyable?

The fact that the sex was not the main point of the story, it was the relationship with the child and parents and the understanding or better yet lack there of, on what made will who he is.

The egg nog and how it was almost made into a magical potion.

how well he made the voice's different

If you could take any character from The Healing Power of Eggnog out to dinner, who would it be and why?

will, I think he would be so kool, to talk to and to get into the head of a writer would be neat