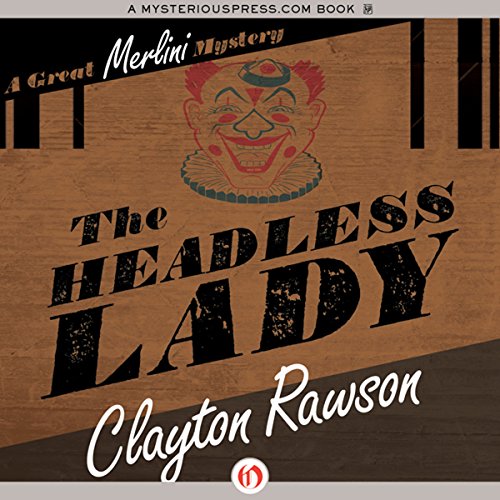 A circus owner’s murder produces a roster of bizarre suspects

Summer heat is choking New York, and the Great Merlini - conjurer, sleuth, and godson of P. T. Barnum - offers his friend Ross Harte a chance to get out of town. Before they can depart for the annual convention of the Society of American Magicians, a nervous woman enters Merlini’s shop, begging to purchase his most popular illusion: the headless lady. When the magician refuses to sell his last copy, she steals it.

She is the daughter of Major Hannum, a recently deceased circus magnate whose death may not have been an accident. Somewhere among the carnies, barkers, and freaks lurks a killer, and only Merlini can save the carnival from further bloodshed. The killer’s plot is as sly as a funhouse mirror, but no detective is more at home in a world where nothing is what it seems.