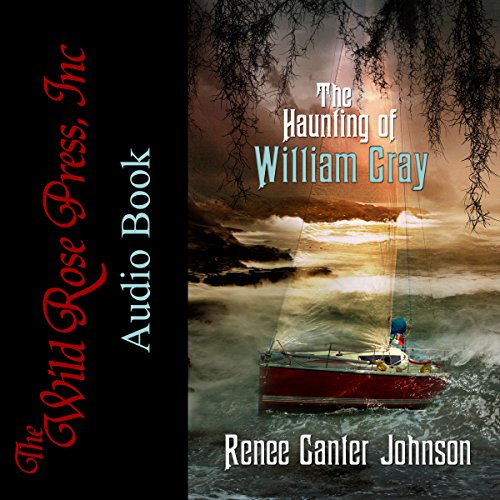 The Haunting of William Gray

Can Madeline Waters capture a picture of the ghost William Gray believes is haunting him? Others have caught some shadowy figures on film at the Antebellum house, built in the 1800s on a privately-owned island, in Winyah Bay, South Carolina.

A single photo would result in William granting permission for her to use the private journals of his long-dead ancestor and namesake, Captain William Gray, in her thesis research.

Madeline's disbelief in the supernatural isn't helpful and she wonders if the wealthy loner is suffering a mental collapse until she experiences the ghost of the Captain herself. Saving her from drowning, he floods her with the emotions she has longed for, and opens a dimension for her previously thought to be pure fantasy.

Is it possible to fall in love with an apparition, or will she be able to aid in setting his spirit free? With help from a local Gullah woman's knowledge of voodoo, the mystery unravels. In the process, William and Madeline's hearts also become entwined.

What listeners say about The Haunting of William Gray

Surprised by the plot twists

I really thought I knew where this book was going. It starts out like The Ghost and Mrs. Muir, but it twists and turns and keeps you interested until the very end. I'm a sucker for a good ghost story from romantic (Ghost and Mrs. Muir) to funny (Topper) to terrifying (Ghost Story), but this one kept me guessing. The only downside was that the narrator's voice was fairly emotionless. I like to be read to...pretty much by anybody...but I've gotten used to some very good voice acting since I joined Audible, and this narrator was not up to par.

I didn't want the story to end!

The book is a nice, long story which I appreciated greatly. The best part is that the characters in the book are not freakishly skeptical about ghosts, they accepted their presence without the usual silliness that haunting stories have to work through. Great writing, beautiful visuals, and a unique, compelling story.