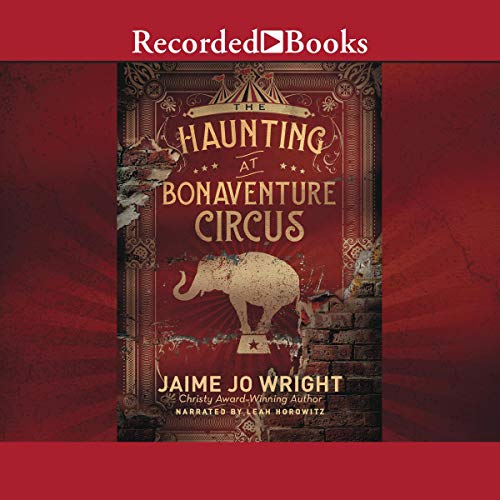 The Haunting at Bonaventure Circus

Welcome to Bonaventure Circus, where misfits go to hide.

In 1928, the Bonaventure Circus has become a refuge for many, but Pippa Ripley was rejected from its inner circle as a baby and is no longer content to leave the reason for that rejection unquestioned. When she receives mysterious messages from someone called the Watchman, she is determined to find him and the connection to her birth. As Pippas search leads her to a man seeking justice for his murdered sister and evidence that a serial killer has been haunting the circus train, she must decide if uncovering her roots is worth putting herself directly in the path of the killer.

Decades later, an old circus train depots future hangs in the balance it will either be torn down or preserved for historical importance, and its fate rests on Realtor Chandler Faulks shoulders. As she dives deep into the depots history, shes also balancing a newly diagnosed disease and the pressures of single motherhood. When she discovers clues to unsolved murders of the past, Chandler is pulled into a story far darker and more haunting than even an abandoned train depot could portend.

What listeners say about The Haunting at Bonaventure Circus

The circus already has its secrets, but so do many in the small town of Bluff River, Wisconsin. A killer is one of them, but who?

Wow! This book had me so wrapped up in the mystery and intrigue and also in the complex journeys of both the contemporary and past character. I did wish the elephants were more involved with the past storyline climax but it was still so good.

And wrapped within this story is glorious themes of the lost being found, family, forgiveness, faith, and love. Fantastic and uplifting read!

This was a great daytime listen for me! (I can't do suspense before bedtime, I tend to stay up all night to finish.)
I was captivated by the mysteries surrounding the circus. I did guess one thing correctly but was completely surprised by another.
I was also completely shocked at parts of the present day storyline. I can't say anything without spoilers, you must read or listen for yourself.

An interesting story with a dual timeline. The characters are well developed and I found myself rooting for them. There are couple of twists and turns that propel the story forward. There are many secrets to unwind and discover in the story. I only gave it 4 stars because I felt that some of the dialogue was not in time the period. The narration was great, it pulled me into the story and kept me entranced. #Circus #Bethanyhousepublishers #mystery #secrets