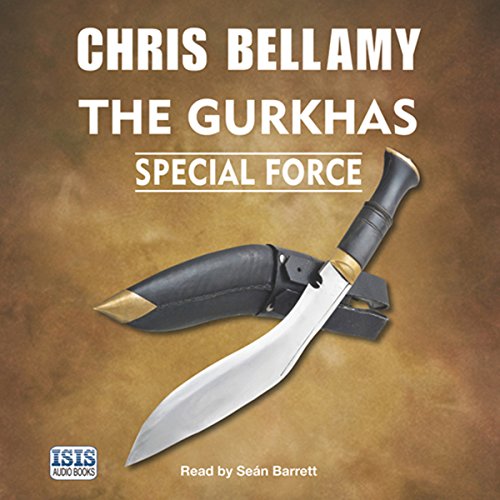 The Gurkhas have fought on behalf of Britain and India for nearly 200 years. As brave as they are resourceful, they have earned a reputation as devastating fighters, with an unswerving loyalty to the Crown. But who are the Gurkhas?

Award-winning historian Chris Bellamy uncovers the Gurkhas` origins in the Hills of Nepal, the extraordinary circumstances in which the British decided to recruit them, and their rapid emergence as elite troops. Bellamy looks at the wars the Gurkhas have fought this century, from the two world wars through the Falklands to Iraq and Afghanistan, and examines their remarkable status now, when each year 11,000 hopefuls apply for just over 170 places in the British Army Gurkhas.

What listeners say about The Gurkhas: Special Force

Great book about one of the most feared small armies in the world. Highly recommended..

Worthy but doesn't come to life

A fascinating history is surely there to be written of the Ghukhas, but this account which crosses all the t's and dots all the i's fails to come to life. I longed for a Anthony Beevor or Max Hastings while listening to this and for first time failed to finish it. Sorry

praise for the gurkhas

i found this presentation clear,concise and easy follow the subject matter being interesting and informative