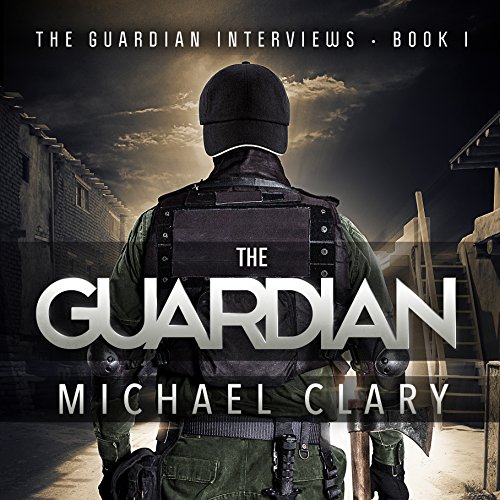 It was a warm summer morning when the dead began to rise up and feast upon the living. The city was overrun in a matter of hours.

The military acted immediately. They closed all the exits leading out of the area in order to contain the outbreak. They shot anyone trying to escape.

Their methods were successful. The outbreak was contained, but all hope for the people trapped behind the gates... had been lost.

The EPUA website was the only form of communication still available to the survivors. It was there that the legend of the General began to take root. He was a hero that fought back against the zombies... a hero that saved lives. The survivors once again found something to believe in, but the rest of the world wondered if the man truly existed.

They were about to find out.

The 15 minutes of footage was leaked onto the internet only minutes after it was filmed. It showed a single man standing between a horde of zombies and a group of frightened survivors. What happened next was amazing... and it made the world believe. Because within those 15 minutes of footage, the man known only as the General stepped out of legend and entered reality.

This is his story.

What listeners say about The Guardian

Action, humor, zombies - what more do you want?

What did you love best about The Guardian?

I liked the first person telling from each of the characters. The author found a way to tell a third person style story using several first person accounts in the form of interviews. I though it was very well written and paced.

What was one of the most memorable moments of The Guardian?

The most memorable moments include either spoilers or colorful language. I'll just say that the description of the "15 minutes of footage" was so well done that I could picture it, and some of the back-and-forth between Jaxon and Dudley was so natural and funny that I literally laughed out loud.

What about J. Michael Higgins’s performance did you like?

I thought the inflection was spot on. This guy knows how to read. Sometimes the pace was a bit quick, but his read of that story sounded at times like he was telling it, not reading it. Overall, I thought it was a good performance.

Yes. At 8 hrs, that wasn't going to happen, though. I have a 45 minute commute to work, so I'd get about an hour and a half a day, but there were some parts of the story that had me sitting in the parking lot listening to the rest of a chapter before walking into work.

I just wanted to say again that this was a very enjoyable listen. The story is awesome, combining relatable characters with humorous dialog and fantastic action, and the read was very well done.

What disappointed you about The Guardian?

The narrator, if you can call him that, is terrible. He never even pauses for a breath. There are two characters in the beginning and you can't tell either of them apart from each other or the narration of the story itself because he never stops. From the first word, it's just like one long run-on sentence.

Would you recommend The Guardian to your friends? Why or why not?

Not at all. Replace the narrator and I'd think about it.

Would you be willing to try another one of J. Michael Higgins’s performances?

Maybe if he took a breath now and then, and had a better vocal range and took a lot of voice acting lessons. Until then, I will avoid any book with this man as narrator.

Disappointment on a scale I have not known since the release of the Battlefield Earth movie. All of my negative emotions about that butchery of a classic sci-fi novel have nothing on my thoughts about the narration of this book.

This book is unlistenable unless there is a drastic change of narrator.

The story is great. the narrator was reading a bit fast. I hope there is more books going to be produce for audible.

Narrator is just as important as the story.
The narrator reads at a fast pace. Can't tell where one sentence ends and another begins. Can't tell who is even speaking in the story, because the narrator never try's to change his voice.

wanted to be like world war z with the interview. unfortunately the author just wanted to tell a story about some guy that was the greatest person of all time. if you want to listen to a story of people talking about how great someone is, this is your book. here is a tip for the author. ... do not make your protagonist all correct or a complete fool. even the greatest hero will make mistakes. this was 6 hours of crap.

Loved the story, hated the performance.